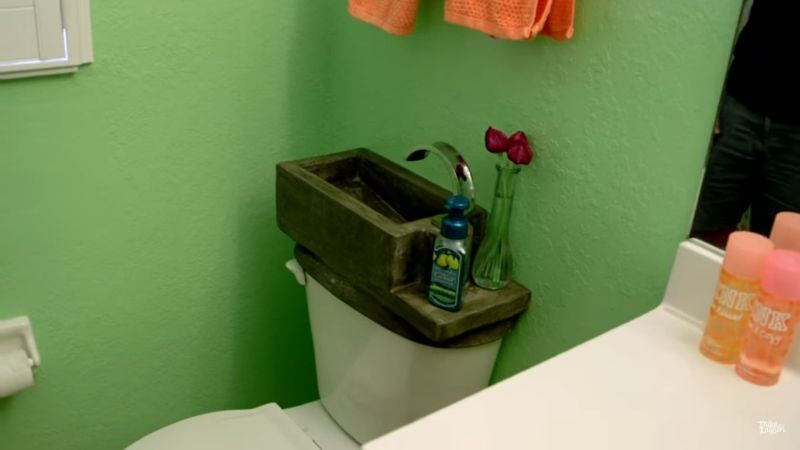 Youtubers Mike and Lauren recently posted a video of their new DIY project i.e. a self-made concrete sink fitted on the top of a toilet flush for using same water twice. This way you can use same water for two utilities, such as you can  wash your hands with clean water, and thereafter, use the same water to flush the toilet. It is a simple idea, and everyone with a DIY insight can build this concrete sink to utilize water at homes.

The flushing system was modified for rerouting water to the faucet for washing hands, and further using the same water for the next toilet flush. This simple design utilizes same water twice, but has some limitations. For example, the concrete sink looks weird on the top of a toilet sink. Over a period of time, the concrete sink will erode due to chemicals in soaps. In case, no one has flushed the toilet, the water can overflow in the flush/sink. Also it is pointless to flush every time you want to wash your hands.

However, using this functional project at homes can utilize water as many times you wash your hands in the toilet.