Knife Made of Suspension Cable from the Golden Gate Bridge 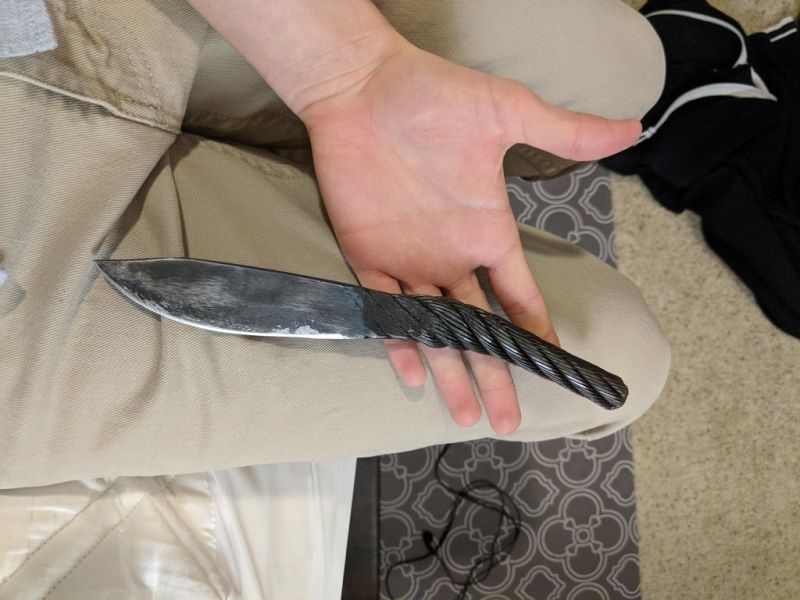 Most of us get satisfied with standard knife sets that are easily available online or in local stores. But some people think totally outside the box, like Washington-based craftsman Don Kemper who forged one-of-a-kind knife of cable from the Golden Gate Bridge. According to the Reddit user PL0X0R, he got the cable knife as a gift from his grandfather, who sourced wire from his close ones working at the bridge, and later called Kemper to create an interesting knife.

This knife features a unique metal wire handle that looks unique and has a sturdy grip. Usually, such cable knives are made by hammering a heated steel wire until it goes flat, and can then be shaped in the desired way. In some cases, a strong metal rod is also inserted inside a steel cable to add required strength.

Also Read: Prime Knife collection is a top-notch innovation for your kitchen

You’ll love to know that suspension cables holding the historic Golden Gate Bridge were created and spun by Roebling’s Sons Co., the same company which built/erected cables for the Brooklyn Bridge.

You can find plenty of awesome facts about the Golden Gate Bridge over the internet, but this cable knife is something that anyone (especially collectors) would surely love to have in their kitchen.