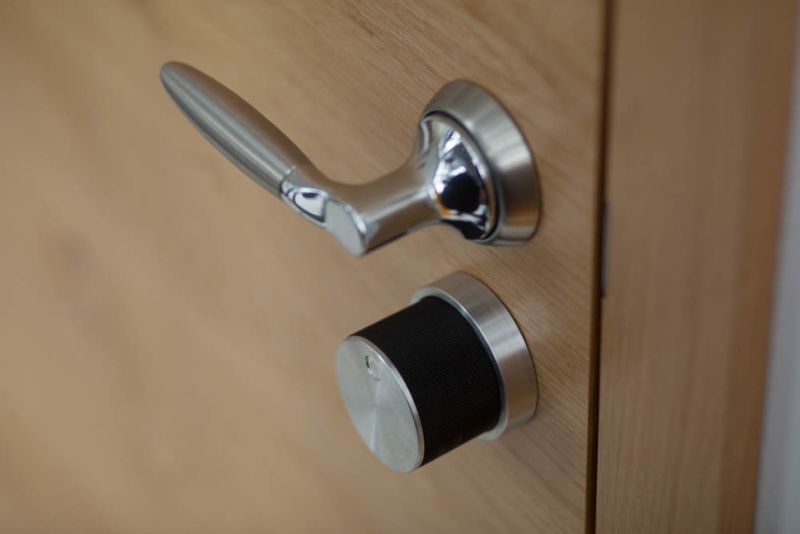 Increasing awareness and acceptance of portable smart home securing solutions has taken the global smart lock market to its top stage, according to a press release at GlobeNewswire. Smart locks are important part of home automation and security, so there is a lot of buzz whenever some startup announces its smart lock edition. Take the example of Teodoor smart door lock whose prototype is recently made by a team of Slovenian designers. It is being called world’s smallest smart lock, although so far it is just announced for crowd-funded on Kickstarter via Twitter post. As seen in its pictures, it proves to be a slim and clean design that has capabilities to compete Kwikset smart locks.

It comes with a companion mobile app that grants hands-free access over Wi-Fi and Bluetooth connectivity. As soon as a user comes within proximity, it recognizes him/her and lets them unlock the door through the mobile app. The Wi-Fi-enabled door lock claims to use safe encryption algorithms that save no private information of users to provide a safe and advanced medium of authorization. It can grant access to multiple users, can set schedules or notify users on intrusions.

In the case of losing a smartphone, users can disable it via Teodoor’s web app, while another smart device having access can also be used to deny access to the stolen phone or you simply do a hard reset to start from the scratch. If comes to market, it is surely to fit with design and automation needs of many people, but still there is confusion about unlocking it manually with hands.

According to DigitalTrends, the Teodoor Wi-Fi and Bluetooth-enabled  lock will be available for purchase through pre-orders of US$99 and US$149 at Kickstarter, and the product will begin start shipping by the end of 2017.