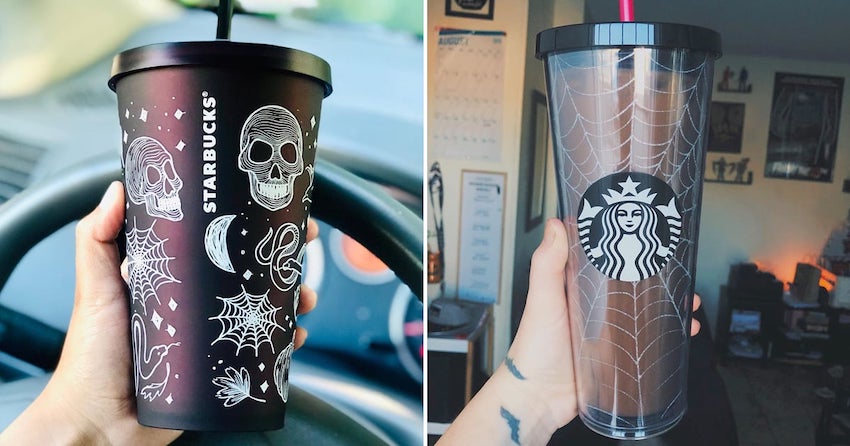 To add more flavor to your Spooky festivities, Starbucks has come up with a new line of Halloween-themed tumblers that are receiving an overwhelming response by the consumers. One pack includes six reusable tumblers with monochromatic design detailed in deep green, black, light green, grey, magenta, and white.

Each Halloween tumbler is decorated with a minimal image symbolizing things associated with October 31 and the Fall. The images include skulls, cats, pumpkins, webs, and two surprising ones are that of a bird and a moth.

Instagrammer @sirensaviors was among the first to share the new tumbler, called “Dark Bling Cold Cup.” The dark black cup boasts a shiny, iridescent finish (which makes it a statement piece) and can hold 24 ounces of beverage.

If that’s not enough, it is also decked up in studs, like matte-pink and rainbow pride tumblers. So, it will fit nicely among other pieces of the previous collection by Starbucks. If you’re beginning your collection from 2020, it’s a good point to start and also add some fun to your Halloween eve.

In addition to the Halloween tumblers, Starbucks is even offering a travel mug with web detailing and a mug with more detailed illustrations. We’re hoping the new collection will be available in stores this month.