Best Horror Comedy Movies of 2022 to Watch This Halloween

These movies are so bad that they are actually good 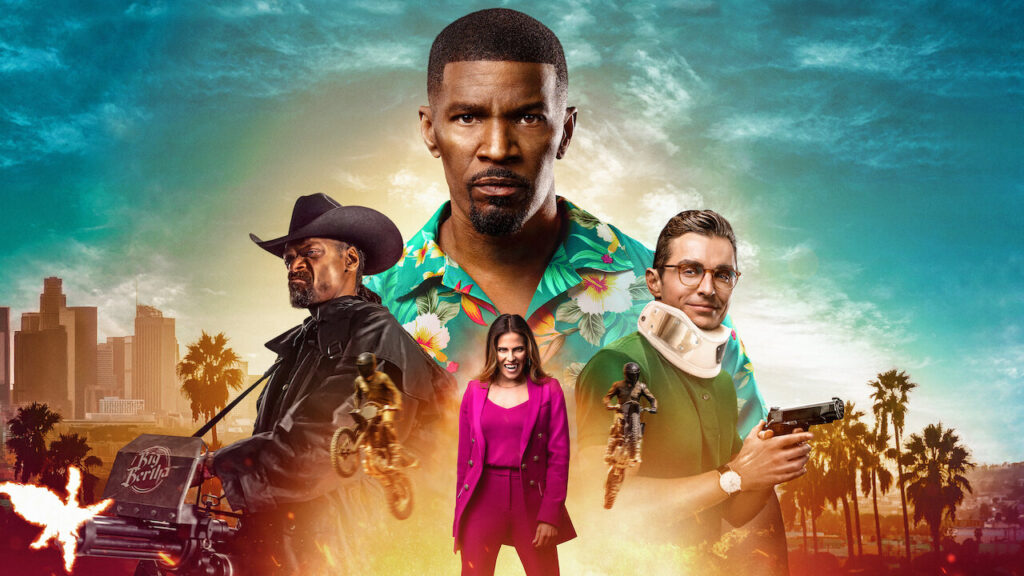 Horror and comedy are two separate breeds of filmmaking. The two genres have ruled over the big screen for years: be it The Exorcist which gave us jump scares or The Hangover which created a laughter riot in theatres, every single of these movies has entertained us. Combined, the genre of horror comedy is one heck of a ride. If you are done watching the best horror comedies of all time, I present to you a brand new list of the best horror comedy movies of 2022 that will let you forget all your worries and celebrate Halloween while snuggled up inside your blanket.

Yes, there are instances when directors and writers do a great job of merging two genres together and delivering a cult classic like Scary Movie that takes jibe on pop culture with parodies and makes us grin like a Cheshire cat. The list features ten horror comedy movies released in 2022 that will scare and amuse you in the same breath. Some of these can be viewed on OTT platforms while you might require uTorrent for the rest.

A Foo Fighters horror comedy is what the audience asked for. The writer-director duo of Dave Grohl and B. J. McDonnell delivers an absolute killer of a movie that will have you in splits. The movie is so bad that it’s actually good. The Guardian calls it a Gonzo gross-out but I’d recommend you to have a go at it this Halloween to form your own perception. Leading the star cast is the founder of Foo Fighters, Dave Grohl himself, who alongside Taylor Hawkins, Rami Jaffee, Nate Mendel, Chris Shiflett, and Pat Smear, all members of Foo Fighters record their album in a haunted house. The movie is loosely based on their experiences recording in Encino, California

It’s time to Netflix and chill! A Jamie Foxx starring action comedy that will leave you cracked is the perfect Halloween pitcher. Day Shift is about a man named Bud Jablonski, portrayed by Jamie Foxx who is pool cleaner by the day and vampire hunter by night. Snoop Dogg and Natasha Bordizzo add even more fun to the party as side characters. Overall, it is a blend of comedy and a decent storyline that is worth a watch this Halloween.

The first thing you should know about the film is that it is based on a 1985 novel of the same name by Don DeLillo. It is a supernatural horror-thriller film with dozes of black comedy cleverly packed inside it. Written and directed by Noah Baumbach, the film stars Adam Driver and Greta Gerwin in lead roles. The plot of the film is hush-hush because I don’t want to spoil your movie experience. All I could reveal at the moment is that The Guardian gave it five out of five stars and I believe, it is enough for you to glue to your screen during Halloween.

A black comedy genre that features music from Disasterpeace (an American composer), but turns out to be a masterpiece. Some would call the picture a hell of a ride, while for others, it will remain to be a ninety-four minutes disaster. It’s about perception. Basically, the film is about a few friends and strangers stuck in a mansion who start playing the Bodies Bodies Bodies game. Amid this a murder takes place and the film is about the event that unfolds it.

It is something that doesn’t add anything new to the horror genre but it is a decent one-time watch. Directed by Duncan Birmingham, the movie is based on events that follow a housewarming party. As evident from the title, the movie revolves around a couple who were not invited to the party hosted by the lead cast. Rest is for you to dive and explore. No spoilers here!

All My Friends Hate Me

First premiered at the 2021 Tribeca Film Festival, the movie was released on 11 March 2022 in theatres. The movie isn’t creepy but will keep you hitched by the edge of your seat. It’s a perfect Halloween starter if you want to start your day with all smiles. The plot features a man named Pete who has just returned from volunteering in a refugee camp. As he celebrates his birthday weekend, he becomes suspicious of his old folks not wanting him in the group. The fear slowly turns into paranoia and later into a complete breakdown.

Those who have already watched the movie will definitely cancel me for keeping this entry at the bottom end of the list. The movie is a new take on what could have possibly been the same old alien flick. Merging horror and sci-fi together, the incredibly well-shot movie also has a fair dose of comedy to it. Honestly speaking, this movie is not something that features spine-chilling moments but is a slow-paced thriller that would serve as a perfect Halloween appetite.

There are movies like Shaun of the Dead that is made for the masses and then there are films like Nope which are aimed at classes. However, there is a third category of movies that caters to both audiences and Flux Gourmet is exactly that niche. Directed by Peter Strickland, the movie will stir your sane minds and leave you muddled in its plot. Talking of the story, the plot is set around an institute devoted to culinary and alimentary performance with a bunch of folks caught up in their own power struggle.

One movie close that is close to giving you Scary Movie kind of vibes is American Carnage. Despite comedy and horror as its crutches, the movie walks on its storyline that deals with the gory treatment immigrants have to face in the USA. The movie could have been much better, but nevertheless, it’s a decent one-time watch. So, if you have nothing to do this Halloween, binge these movies back to back.

Horror doesn’t necessarily imply clowns, ghosts, and witches. Sometimes it comes packed in cute-looking pulsating blob covered in black slime, and that is what “The Seed” is all about. There is satire, dark comedy, and some wow moments as well but as the film rolls forwards, the plot is encapsulated by dark themes which may end up giving you a few jumpscares. For more such Halloween ideas, check our official Halloween page and discover what’s hot and trending at this year’s All Hallows Eve.