By SunilChandelJanuary 16, 2014No Comments2 Mins Read 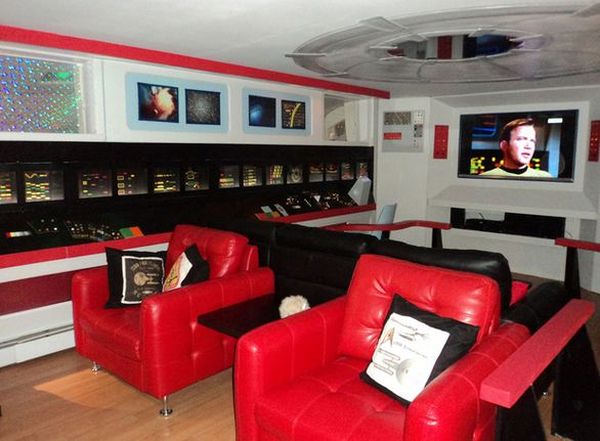 Are you a Star Trek fan? If yes, I bet you will admire the work of another die-hard Star Trek super fan that spend $30,000 to transform the basement of her home into an incredible replica of Starship Enterprise. Line Rainville, a 51-year-old Canadian social worker is a huge fan of the series since she was nine years old. She uses to watch the 1960s Original Series with her father and looked forward to each Tuesday for another episode at seven. Rainville has re-created many parts from the Star Trek TV series in the basement of her home in Notre-Dame-des-Prairies, Quebec including the bridge, transporter room, observation deck, recreation room and Spock’s quarters.

The entire project was completed over the course of more than a year. She use to surf the internet for hours to find precise items that would fit perfectly in her replica Enterprise spaceship. However, after lot of effort and difficulty she was able to find furniture and décor to match with the theme of the series. When the replica was completely built and she boarded the enterprise, she was drawn back to her childhood memories of the show often wishing that her beloved Captain Kirk could bring her aboard his vessel.