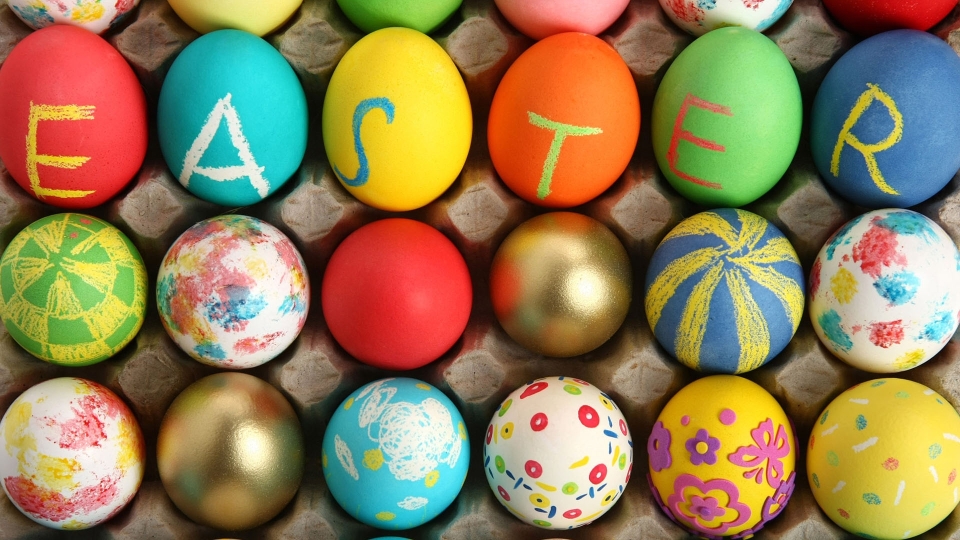 Easter is the most important celebration but it is not complete without eggs. Did you know Easter eggs are a lot more than colorful orbs for decoration and collection?

The practice of dyeing Easter eggs dates back to as far as the thirteenth century, however, no one really knows how this colorful tradition actually started. While history remains blur here are a few fun facts about the decorative eggs we so love to hide and collect.

Did you know that there is a symbolism associated with the decoration of eggs in hard shells? Actually, the shell in Christian and Orthodox cultures represents the sealed tomb that held Christ’s body. When cracked open it mimics his resurrection.

Decorating eggs is an ancient symbol

Eggs were considered a symbol of new life in Pagan religion and also associated with the celebration of spring, even before Christ. Moreover, according to the studies of Archaeologists, carved ostrich eggs were used as drinking vessels 60,000 years ago in Africa. Thus the ancient decoration.

In the sixteenth century Northern England and Scotland, children would go from door to door reciting rhymes and in return received eggs, cheese, bacon and other items for their families’ Easter meals. This practice was called “pace egging,” where eggs were given as Easter offerings. This practice is similar to Halloween trick-or-treating.

One tradition suggests that Easter eggs are dyed because they were once a forbidden food during the Lenten season. To end the penance and sacrifice, believers painted the eggs and ate them on Easter Sunday.

Red Easter eggs have a particular significance, these are believed to represent Christ’s resurrection. According to Easter European Christian theory, mother Mary visited Jesus’ body at the crucifixion site and she brought with her a basket of eggs and his blood spilled on them, dyeing them red.

Rolling Easter eggs is a fun activity, where people race while rolling an egg toward the finish line. It is considered just a normal outdoor activity to enjoy on Easter. But do you know that it represents the rolling stones to reveal Jesus’ empty tomb?

Egg as a great gift!

You might give golden Easter eggs to friends as gifts, but do you know King Edward I had kicked off this tradition? He once ordered 450 eggs to be dyed and decorated with a golden leaf to give out as royal Easter gifts.

On Easter, you see chocolate eggs in crocodile-skin texture that resemble dinosaur eggs. This unusual scaling on eggs was first done by German chocolatiers years ago, simply to disguise any imperfections.

Have you been too busy shopping for family ...