10-Gallon Fish Tank ‘The Legend of Zelda: A Link to the Past’ is up for Sale 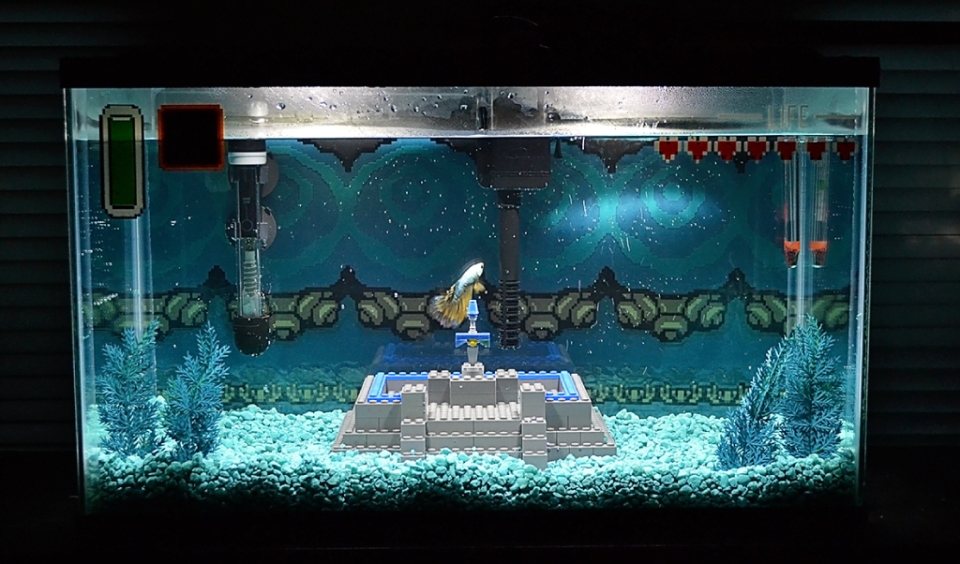 Massachusetts-based graphic designer and illustrator Kelsey Kronmiller is the mastermind behind Legend of the Zelda aquarium. The 10-gallon fish tank is influenced by the Legend of Zelda: A link to the past and designed especially for the game lovers.

It is a renowned aquarium, which has been featured on Kotaku, Zelda Informer, Zelda Universe and even interviewed for Genr. The aquarium features creative Zelda background, LEGO Master Sword, filter apt for 20-gallon, 50w heater, hood with LED lighting, teal gravel and fake plants.

To make everything livable and safe for betta fish, Kronmiller used Krylon Fusion, which fish-safe enamel to ensure nothing-toxic get inside the aquarium. The Zelda-inspired aquarium is now up for sale on her Etsy shop, with a hefty price tag of about $999 that’s absolutely worth the awe-inspiring fish tank.

Previously we’ve featured a variety of fish aquariums in the blog, but The Legend of Zelda in itself is an exceptional and inventive 10-gallon aquarium for betta fish that’s likely to be a big hit among the game lovers.

Related Posts
Why is Viva Magenta Pantone Color of the Year 2023?
By Priya ChauhanFebruary 1, 2023
Top 10 Interior Design Trends to Transform Homes in 2023
By Priya ChauhanJanuary 30, 2023
Rustic Design Style Guide: Taking You Back to Your Roots
By Priya ChauhanJanuary 20, 2023
U-Scan Sits Inside a Toilet Bowl to Monitor Diabetes and Reproductive Health
By Atish SharmaJanuary 5, 2023
Leave A Reply Cancel Reply