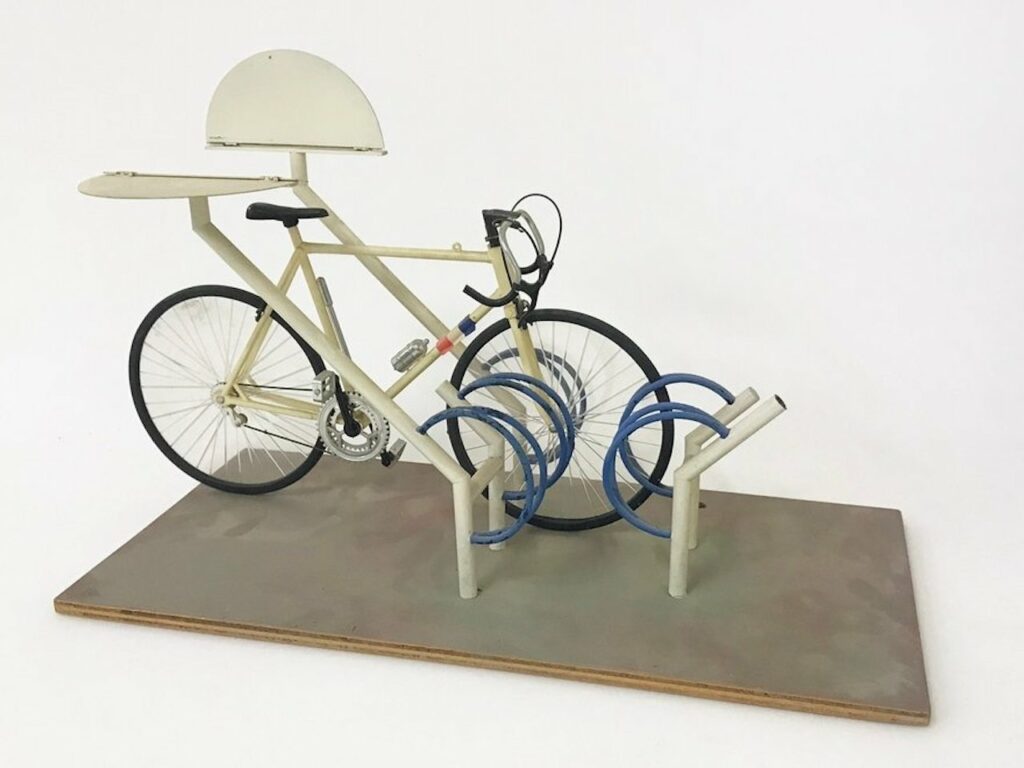 As all of you know, storing bikes outdoors has many challenges and if it is a public place like a school or library, it’s even tough. One of the issues you have to face is preventing the saddle or seat from getting wet when it’s raining outside. Coveted industrial designer Gijs Bakker has devised a simple and smart solution for the problem in 1984 and it is still catching limelight over the web.

The Dutch jewellery and industrial-designer was commissioned by the architect Hans Ruijssenaars to build bike storage for public library in Apeldoorn city, Netherlands. The basic idea was to solve the problem of “sheltering bicycles in a more free spiritual way rather than building a new shed.”

Bakker told Homecrux, “I loved the vision and it stimulated me to minimize the problem. For cyclists a wet saddle is terrible the rest of the bike is no problem. Concentrating on the saddle an idea of a repeating range of flowers came to my mind. Flowers that open up when it’s raining.”

The 1984 bike rack has a top cover that consists of fold-down panels on the top that can be opened whenever you want to keep the bike safe from rain.

This public bike rack is meant to rain protection, which it does very efficiently. We can say that its design is a combination of simplicity and rationality.