Eliminates the need of screws, nail and glue 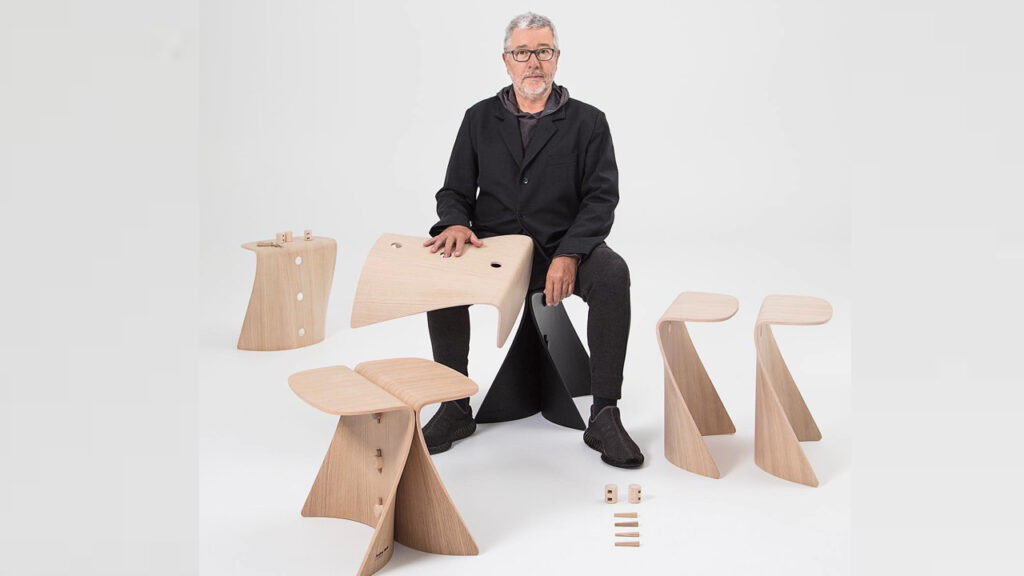 If I was a Shark Tank judge and had a newbie Philippe Starck come up to me with a design dubbed Alla Occasional Table, I would give him a hug and wish the man all the very best to try his career somewhere else, just not furniture design, because plagiarism doesn’t work, neither in writing nor in furniture design. Well, I am not the one saying it, French designer’s Instagram feed is bombarded with comments like that.

Even though he is currently a behemoth in the furniture design industry, Netizens are not afraid of getting canceled when they say Philippe Starck is a mugger. One Instagram user commented, ‘You just just copied the butterfly chair.’ Another user wrote, ‘That’s like Sori Yanagi’s butterfly stool, but inverted’. One of the user even went further and bashed the designer stating, ‘You don’t proudly steal Sori Yanagi work like that and make the Japanese traditional craft your own business as usual there’s no design involved here.’

The French industrial architect and designer is being alleged of copying the design of the Butterfly Stool by Sori Yanagi and pass it as his own creation which he calls Alla Occasional Table. I don’t have a problem with any designer introducing their iteration of a cult product, but it is really disheartening to see when a designer of Philippe Starck’s caliber neither appreciates nor credits the original designer who put his blood, sweat, and tears behind the project.

Like I said, Alla Occasional Table seems a copy of the Butterfly stool, with Starck adding a new twist to it. “We want obvious structures that we can see, that we can understand, that we can build without nails, without screws, without glue, just by the intelligence of the interlocking. Like a three-dimensional chess game. Nothing superfluous. Like the future,” said Philippe Starck.

Well, the Japanese have been doing it for ages, and it is kind of laughable that Starck and his team just realized now that products can be built by mere interlocking thus eliminating the need for screws and nails. Nevertheless, the table is a part of the ‘ANDREU WORLD BY STARCK’ collection, which is based on the principle of what the brand calls, ‘the intelligence of plywood and the research of the minimum.’

Philippe Starck favored the use of the minimum possible material in order to create wood furniture without uselessly killing trees. While it’s not worth discussing the design – still for the utmost respect for Sori Yanagi – the Alla Occasional Table features a gently curving silhouette of the twin seat shells which holds a resemblance to a butterfly’s wings. The company mentions that 2D plywood is very ecological, affordable, and democratic, and this collection is made to exist in harmony with nature.

The name of the table is inspired by Hungarian forenames and it is fully sustainable and environmentally friendly. The company states,

“All the woods used are 100% FSC, which through its chain of custody protects forests with a regenerative model that preserve forests and reforest them. The collection is 100% certified by Cradle to Cradle, with all designs being integrated into a virtuous circular economy, using intelligent, recycled and recyclable materials and giving furniture a second life by repairing them without losing value.”

Also Read: Peculiar and Seamless Design of Kurt Table Features No Screws at all

We tried getting comments from Philippe Starcke on the matter but to no avail. Interestingly, a press note released by the brand mentions that ‘Inventor, creator, architect, designer, artistic director, Philippe Starck is certainly all of the above, but more than anything he is an honest man directly descended from the Renaissance artists.’ Well, only time will tell!