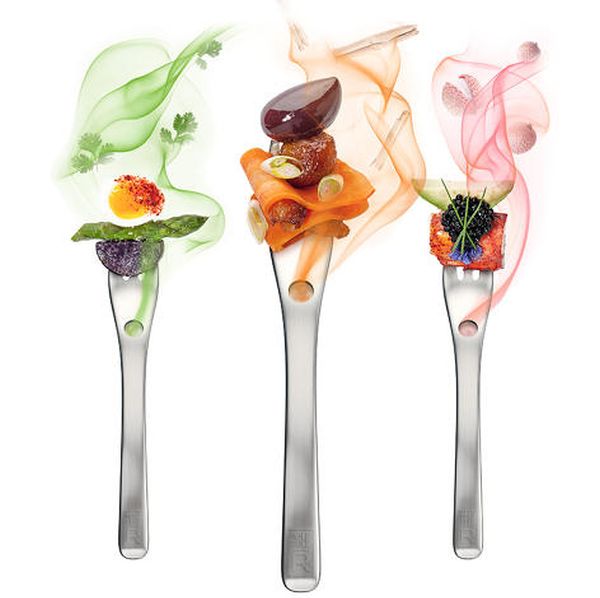 Our tongue recognizes five tastes, i.e. saltiness, sweetness, sourness, bitterness and pleasant savory taste (they call umami). If you had to make out the subtleties of other tastes, your nose would have to do it for you. Enter Aromafork a bizarre fork by Molecule-R (inventors in Canada), which delivers flavors. The Aromafork emits smells to make people think they are actually tasting the emitted flavor. The fork is capable of emitting flavors like coffee, ginger, chocolate, coconut, cinnamon, jalapeno, olive, almond and different fruits (to name a few). 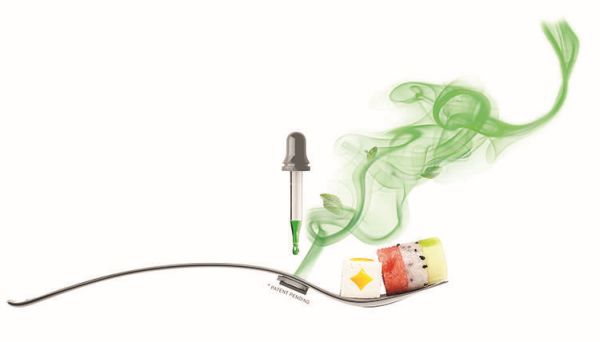 With the Aromafork, forgetful cooks can take a breather. Next time you forget to add ginger to the meal don’t be hassled, just add a blotting paper with liquid aroma underneath the fork handle to provide the eater with aromas upon inhalation. 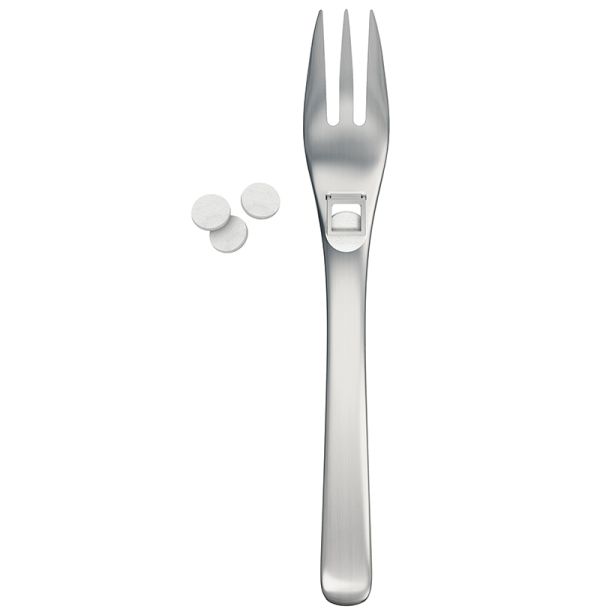 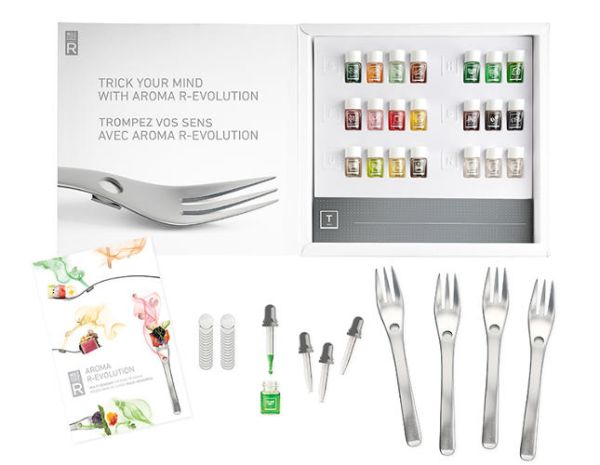