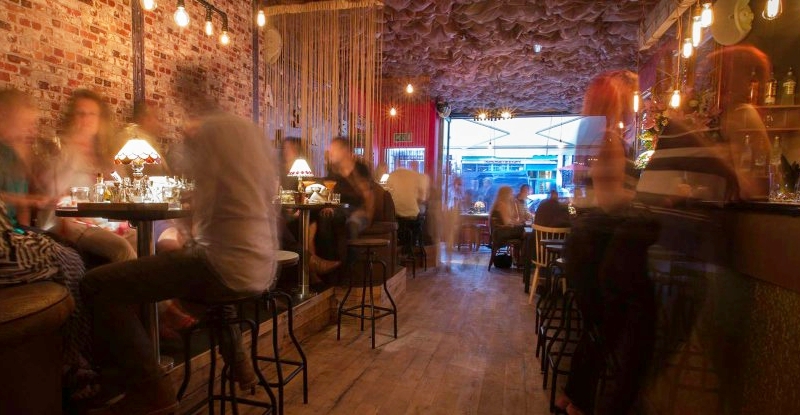 Most of us already know that back in 1836, physicist Michael Faraday discovered the effect of blocking of electromagnetic waves by the phenomenon known as Faraday Cage. One pub owner has used this discovery to good use in his building. To be precise he has built a Faraday Cage to block phone signals from coming inside. The reason? He wants the customers to disconnect from their online social-networking activities and bring back real conversation, just like in the good old times.

Steve Tyler from Sussex, England, who owns the Gin Tub has turned his place into a cell phone signal jammed zone. He has installed copper wire mesh in the bar’s floor and ceiling to block phone signals from coming in. So, like it or not, you won’t be able to surf the internet or have any voice calls at this place at-least.

It is basically a no phone, no internet zone, and guests are warned of that fact in advance to avoid any confusions. Tyler believes that his approach will bring back the conversation to the table in a world dominated by smartphone addiction.

He is experimenting with this formula in the bar, and strongly believes that it will be a great success. In-fact, he thinks other people will copy his idea and install Faraday Cage in their restaurants, bars and even movie theaters.

If the person you are with goes to the bathroom, the problem with mobiles is they insulate you from talking to other people. I want you to enjoy the experience of going out.