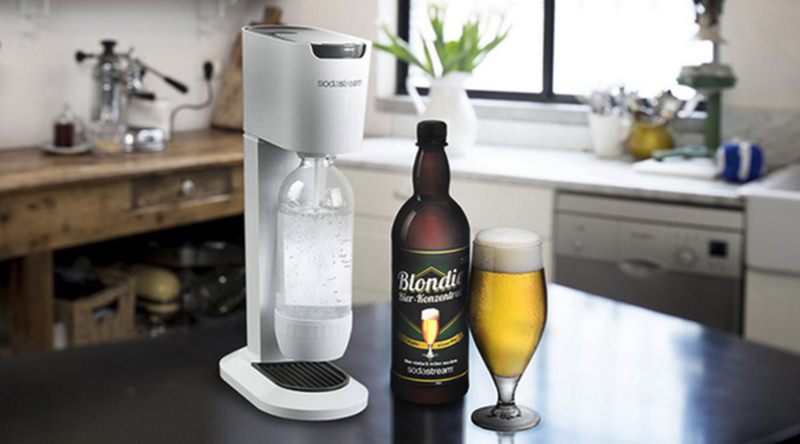 Israel-based SodaStream, the largest manufacturer, distributor and marketer of the Home Carbonation System is now entering home brewing market with its latest innovation. Named Beer Bar, the new and innovative device will allow users and customers to make beer at home.

Resembling any normal looking soda-making machine, the Beer Bar allows users to put together crafted beer in seconds by adding Blondie (hop-filled concentrate) to sparkling water. Shipped with one-liter bottle of concentrate, one bottle of Blondie yields three-liters of beer and is 4.5 percent alcohol by volume.

The company, which earlier brought carbonated homemade drinks to the kitchen, is now doing same with beer. Attracting beer lovers from across the world, the company is not only aiming to transform kitchen tabletop into a home pub, but is also bringing back the authentic aroma into beer lovers’ lives.

Initially available in Germany and Switzerland, the company is very positive to launch Beer Bar in other markets by the end of this year or in the beginning of 2017. With so many companies aiming for home brewing market and home brewers,  only time will tell that which brand is here to last and which one is not.