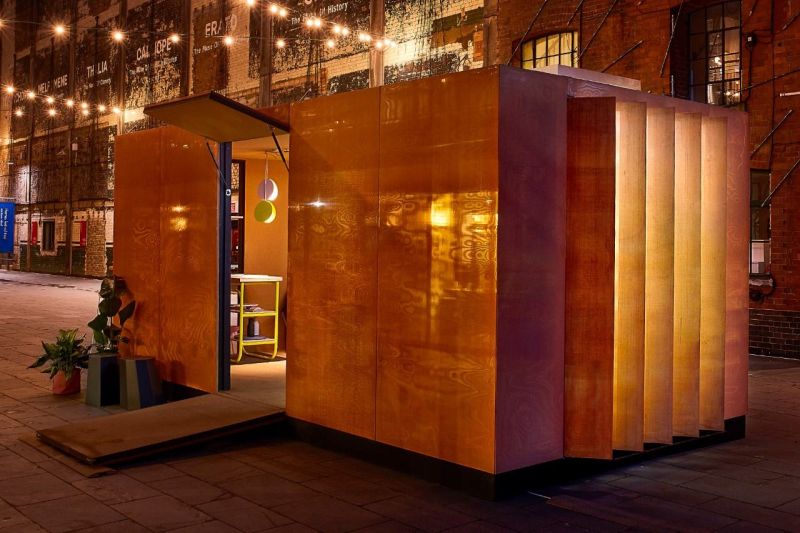 Mini has teamed up with British architect and designer Sam Jacob to create a mini luxurious wooden frame cabin on the occasion of London Design Festival. Titled Urban Cabin, this 15-square-feet house serves as a research space for relevant urban needs and communal exchange in London.

This modern cabin design is dedicated to the London’s traditional geometric façades. It includes a library, which is conceived as a response to the closure of many England libraries. Outside, the design is pretty geometric and draws inspiration from the city itself.

The facade plays very well with the reflections of its surroundings, whereas the interior is designed to evaluate personal needs. It is a fully-furnished living space that’s conceived as a flexible, imaginative space that pays homage to British eccentricity, further rooting the local fragment within specific traditions.

Jacob says regarding its design;

The aim is to open up the possibilities of design while also making reference to the world around us.

The collaboration between Mini and Jacob aims to bring apparent opposites together to create unexpected design possibilities referring to its surroundings. The Urban Cabin will be presented at Oxo Tower Wharf, during the London Design festival, and will run from 16 to 24 September this year. The venue will also host a variety of exhibitions and events – such as open studios, product launches and workshops.