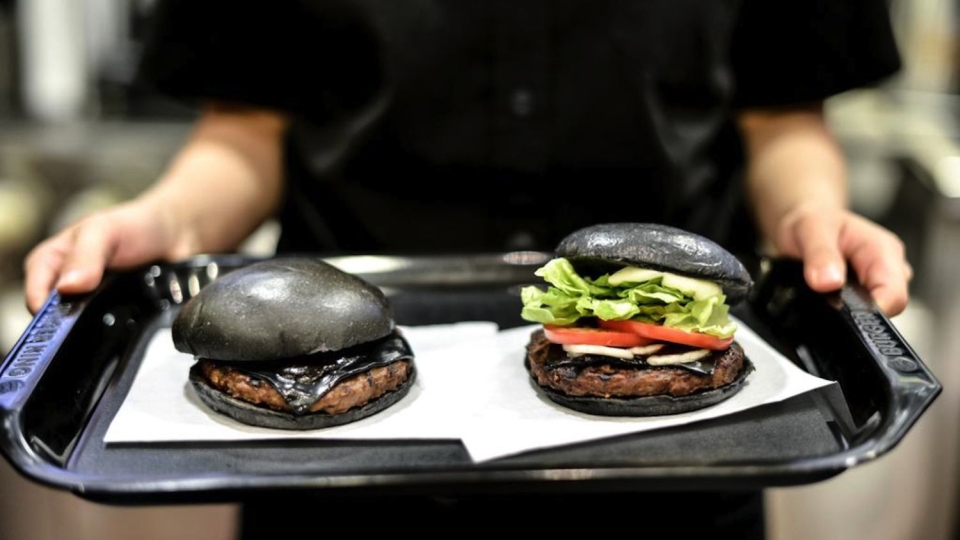 The only time of the year when you really want to see gross-out food is around Halloween. So for upcoming Halloween season, Burger King is bringing creepy burgers with terrifying black-colored buns to the USA. Dubbed as HA.1.OWEEN WHOPPER, the new black burger will include A.1. steak sauce between two black buns, creating an eerie impact on the consumers.

However, this is not the first time the food-chain has played around with its bun colors before, as the company has previously released similar burgers such as squid ink black burger in Japan and another one’s ‘Kuro (Black) Burger.’ Not only that, but they also created a bizarre burger with a green bun for Saudi Arabia.

Unlike the Japanese version, the U.S. version won’t be having black cheese and squid ink. In fact, it’s going to be filled with more of the ingredients that Americans love. This means the latest Halloween whopper is stuffed with American cheese slices, pickles, A1 steak sauce, onions, tomatoes, lettuce and mayonnaise.

Besides that, to celebrate the Halloween to the fullest, other spooky food and beverage items will join the menu with the spooky burger. Other items which are likely to be on the upcoming menu are A.1. Smoky Bacon Tendercrisp and Pumpkin Spice Oreo Shake. So bring out your inner demon and take a bite of these Satanist food items, making you scream up more with delight than fright.

For more burger related news check out some Twitter feeds given below.

.@BurgerKing is going totally goth this Halloween in the States – http://t.co/kbXmIXhbus pic.twitter.com/S1QgMPEgvI

Burger King’s All-Black Bun Whopper Is Coming To The States For Halloween And I’m Scared To Try It — http://t.co/cb8h8TpbzD

Related Posts
70+ Inspiring Pumpkin Carving Ideas You can Pull Off
By Monika ThakurAugust 10, 2022
These Sweet and Savory Halloween Pies Deserve a Place on Your Table
By Priya ChauhanAugust 9, 2022
13 Spookiest Halloween Animatronics for Indoor and Outdoor Decoration
By Happy JastaAugust 8, 2022
100+ DIY Halloween Wreath Ideas for Front Door and Windows
By Megha SharmaAugust 5, 2022
Leave A Reply Cancel Reply