10+ Celebrity Pet Halloween Costumes You Will Love to Steal

Dressing your pet shouldn't be a pet peeve 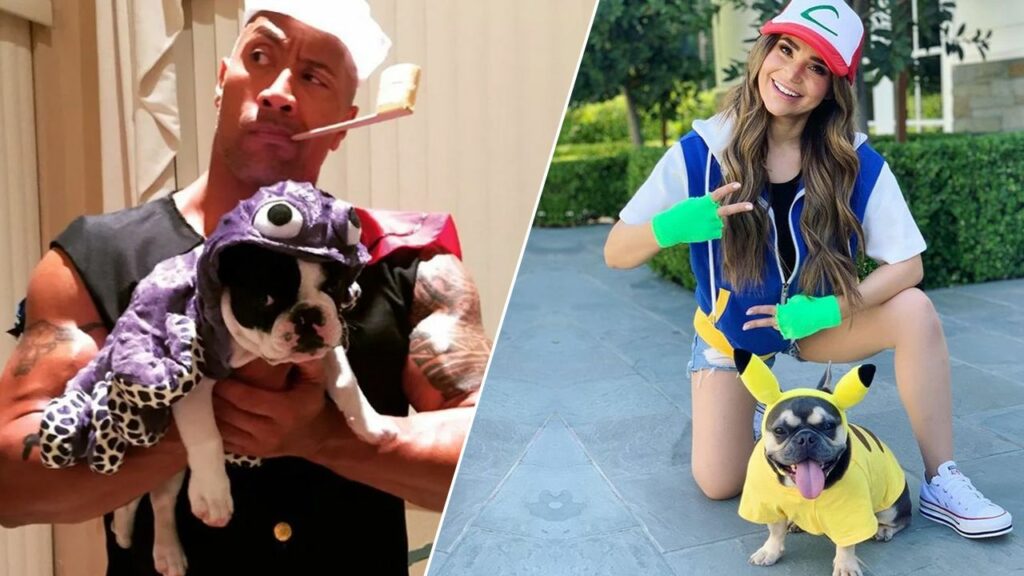 Celebrities especially actors, music composers and directors find multiple ways to stay relevant in the eye of the public. The actors rely on their on-screen performance to cement their place in the heart of the audience. If it’s not the performance that brings them into the limelight, they heavily depend on their wardrobe collection. The more unconventional their costume, the more headlines it will garner.

However, if it’s neither, they have an arsenal in their armor that nobody can possibly ignore. We are talking of pets here. Celebrity pets are as famous as their pet parents. The media goes into a frenzy over covering stories related to celebrity pets and don’t miss a single chance to snap them. Whether it’s sheer love for the pet or just bait to stay relevant, artists know what’s best for the business.

With Halloween approaching, these cute companions of celebs will have more relevance than ever, because both public and media go gaga over the costumes these pets wear during All Hallows Eve. Here we bring to you a list of the best celebrity pet Halloween costumes that these canines and felines wore in the past and could don this season as well.

Justin and Hailey Bieber are a power couple, but more than that they are dog lovers. The duo owns a dog named Oscar whom they dressed in a cute-looking teddy attire with a bow strung around the neck for 2019 Halloween. Hailey posted on her Instagram, “Someone’s ready for Halloween.” We are expecting the pair to adorn their Maltese Yorkie in something similar this year too.

Paris Hilton’s Chihuahua in a hoodie

Interestingly, Paris Hilton’s Instagram page Hilton Pets posted a picture of her dog on Instagram a week after Hailey Bieber posted one. Hilton’s female dog Diamond was seen wearing an orange hoodie, during the 2019 Halloween. Hilton Pets wrote with the post, “Mom, I hate this outfit! Help mommy pick the perfect Halloween costume for me.” It would have been interesting to see what outfit Diamond would have donned this Halloween season, but unfortunately, the dog is missing since September 14. Hilton has hired a pet detective, a dog whisperer, and a pet psychic.

Finn Seyfried is one of the cutest dogs you’d see on the internet. Thanks to a caring mother, Amanda Seyfried makes sure the dog is always looking handsome. She once posted a picture with Finn where the dog is wearing a Groucho Marx-inspired faux nose and eyebrows with glasses. This look is something that you can plan on stealing, too.

Cuteness overloaded is the only comment I could think of when I saw Lily Collins dress her rescue dog in a suit. It is not a traditional Halloween attire but a lot better than donning your pets in some spooky skeleton costume. Redford is a mixture of a few different breeds. Being a cross terrier, the pooch looks really cute and even cuter in this suit.

Megan Thee Stallion was in the news when Hollywood star and former WWE wrestler Dwayne Johnson commented about wanting to be her pet. Well, it was a joke on his part and the rapper took it friendly. But Megan is indeed a proud mother of three Bulldogs and one Pitt Bull. We caught the sight of one of her dogs on Instagram last Halloween. Foe Thee Frenchie was dressed in a unique attire that looks similar to that of a joker, with a petals-like outfit and red and black jester hat.

I didn’t even know who Trey Songz was until I came across the picture of his pooch that went viral on social media. The celebrity rapper’s Instagram feed is flooded with comments like ‘Kane the king.’ The pooch is dressed in colorful attire and dons a pumpkin-shaped crown on his head. The color choice looks superb and is indeed a great celebrity pet costume for Halloween that you can steal this fall.

If you are a fan of Vampire Diaries, I am sure you’d find Nina Dobrev hot as hell. However, a cuter version of the Canadian actress can be seen on her Instagram handle where she dresses as Batman and her pet pooch Mrs. Maverick as Robin. Captaining, ‘pretty sure the real Robin hated wearing spandex too,’ the post went viral and people couldn’t stop fawning over the canine that looked adorable in a small domino mask and a red vest with green sleeves, just like Robin.

I have barely seen a man dress like Pikachu or Charizard even during Halloween. However, the American YouTube actress Rosanna Pansino went against the grain and dressed her cute dog coconut in Pikachu’s attire. The dog can be seen wearing a yellow costume that looks appealing and the dog itself looks really lovable. The picture is from last year’s Halloween and I am pretty sure the YouTuber has some off-the-wall costumes planned for this year’s event, too.

It is kind of difficult to search for a word that describes what these costumes actually are. From the very look of it, I am assuming it to be a costume made of faux leaves and greenery. The green leaves are obviously the highlight of the picture. Though the picture dates back to 2018 Halloween, it will be interesting to see what she brings to the table this year.

Not many people used Instagram when Chrissy Teigen dressed her dog as bacon for the Halloween party in 2015. The dog looks super adorable and seems to love the outfit. The bacon strip costume for this year’s Halloween looks like a cool idea that you can plan on dressing your dog with.

Though the post dates back to 2015, it is still a cool idea to dress your pet in some shade of violet color. Dwayne’s Frenchie Baby wore a sea creature onesie. I am pretty sure that the dog would feel warm and cozy inside one such costume.