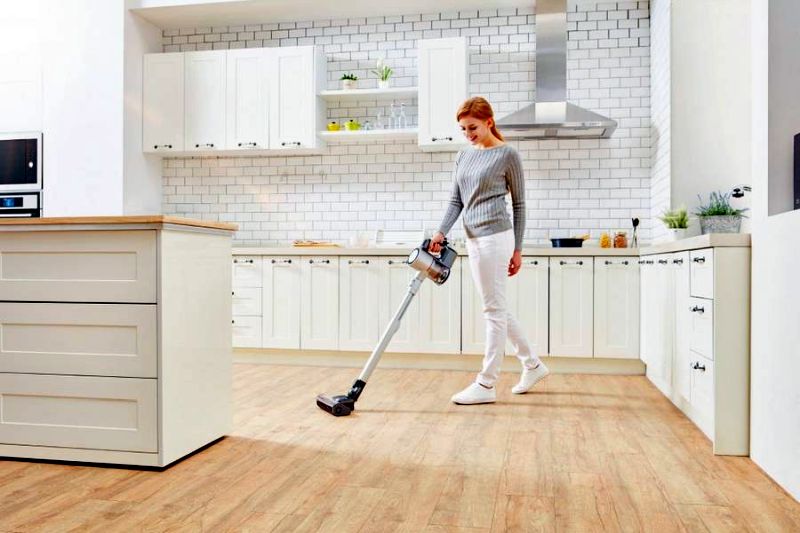 At CES 2017, LG has unveiled its latest CordZero Stick vacuum cleaner for powerful cleaning experience, without the hassle of messy wires. It comes integrated with Smart Inverter Motor that spins 16 times faster than an airplane engine, which enables the 3D turbo fan to generate powerful airflow for better suction.

Besides Stick vacs, LG has also announced the availability of CordZero Canister vacuum cleaner that’s meant to follow you around. It also comes with Smart Inverter Motor with faster airflow along with the Axial Turbo Cyclone for delivering strong suction with its PowerPack 72V lithium-ion battery.

This vacuum cleaner is powered by LG’s advanced RoboSense 2.0 technology, allowing the device to automatically follow the user, hence avoids the need to tug or pull the canister all the time. Furthermore, CordZero Canister has a collision detection system that intelligently identifies obstacles and avoids them with its front-mounted sensor.

You can see both these powerful vacuum cleaners at CES 2017 in Las Vegas in LG’s booth at Convention Center (Central Hall – 11100) from January 5 to 8.