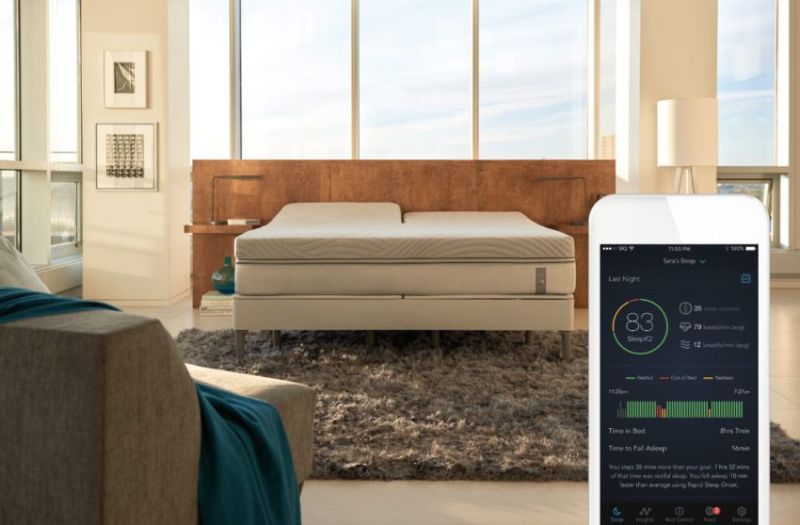 At CES 2017, Sleep Number has unveiled its new bed – Sleep Number 360, which is a self-adjusting smart bed that adjusts its mattresses according to the individuals to stop their snoring. The smart bed comes integrated with SleepIQ technology that has four new signature features. The bed can self-adjust throughout the night to match the sleep movements of the sleeper. It can even sense when a sleeper is snoring, so it gently adjusts the mattress to keep the sleeper in a position that will lessen his/her snoring.

This feature can adjust the bed based on the sleeper’s sleeping position. For instance, if the snorer sleeping on their back the bed will raise their head slightly to lessen the snoring. Sleep Number 360 is also integrated with feet-warming technology to keep the sleeper’s feet warm when they’re ready to sleep. According to the company, a research has proven that people are likely to fall asleep faster when their feet are warmer than normal. So, this technology will help them have a good and comfortable night’s sleep. Moreover, the bed also knows the user’s bedtime routine via the SleepIQ app, so it can adjust itself for maximum comfort of the sleeper.

The smart bed even has a smart alarm that gives a wake-up call at the optimal moment. Using the companion smartphone app, the sleeper can set an alarm window and the bed, within that window, will deliver an alarm when the sleeper is in their lightest sleep. The mobile app can also connect the sleeping platform to other external services and devices like Nest Thermostats, Fitbits, etc. After gaining all the data from these devices, the mobile app also lets the users know their fitness level and how it’s impacting their sleeping pattern.

Sleep Number has not revealed official pricing for the new beds but said that it would be priced same as its current mattresses, which range from $800 to $7,099 for queen sizes. For more information and first-hand testing, you may visit the company’s booth at CES 2017 in Las Vegas from January 5 to 8.