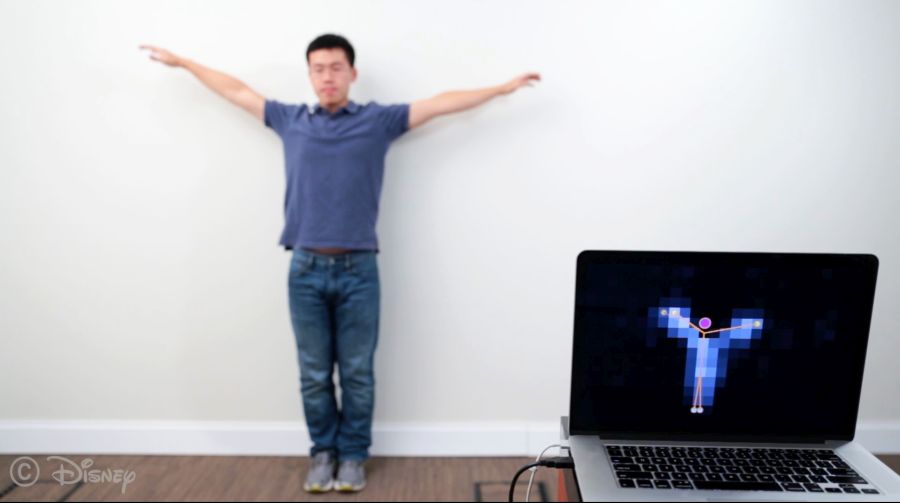 If only walls could interact, but they don’t. Or do they? Researchers at Carnegie Mellon University (CMU) and Disney Research research lab have actually designed a smart wall which interacts with the user. The team likes to call it Wall++, and it is developed keeping in mind smart home of the future and Internet of Things that create an ecosystem of connected devices.

This is achieved using a conductive wall paint and electromagnetic sensor which can do anything from adjusting room’s brightness level to tracking the use of electrical appliances. It can also detect gestures, human touch, and movement in the room.

The team used painter’s tape to create a cross-hatched pattern on the wall to create electrode patterns.

Then they applied two coats of water-based conductive paint having nickel, connected the electrodes and applied a coat of standard latex paint.

As the Internet of Things and ubiquitous computing become reality, it is tempting to think that walls can become active parts of our living and work environments.

For now, the smart wall has two potential uses. One as a capacitive touchpad, like the one in our smartphone screen and the other as an electromagnetic sensor which controls your smart appliances.

As a capacitive touchpad, the wall can detect the touch of fingers and hand. This can be used as a switch for a smart light or maybe your thermostat. Further, depending on the sensitivity of the touch sensor, gesture recognition can also be incorporated.

On the other hand, in the role of an electromagnetic sensor, the wall acts as a unified antenna which picks up electromagnetic signals from appliances. Every appliance has its own signature signal, resulting in identifying the intended input with ease.

Walls are large, so we knew that whatever technique we invented for smart walls would have to be low cost.

Surprisingly, all this can be done at a low cost of $20 per square meter with simple tools like a paint roller.

Related Posts
Rustic Design Style Guide: Taking You Back to Your Roots
By Priya ChauhanJanuary 20, 2023
Energy-Saving Tech From CES 2023 to Run Home Economically
By Monika ThakurJanuary 19, 2023
mui Board 2nd Gen Wooden Display is Matter Compliant to Enable Calm Living
By Happy JastaJanuary 17, 2023
Smart Home Gadgets From CES to Automate Your Home Inside Out
By Happy JastaJanuary 9, 2023
Leave A Reply Cancel Reply