Coffin Office Chair: A Satire on Overtime Culture is Now an NFT 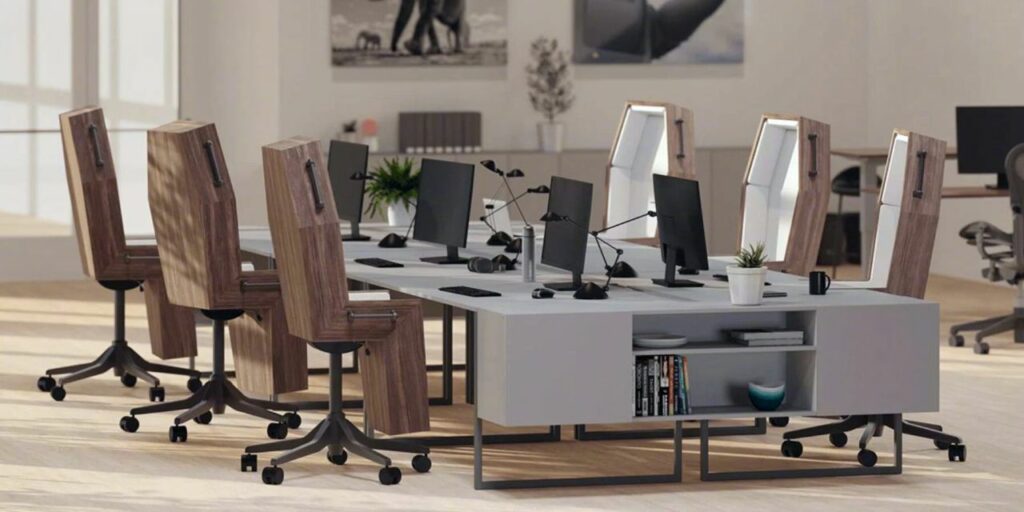 How often do we tend to forget and are reminded time and again that anything can go viral in the digital age? From controversial tweets and pointless reels to conceptual furniture design, you never know what will bombard the internet next. The Last Shift Chair, much renowned by the name Coffin Office Chair, is making rounds on the internet these days.

While so-called big design websites are still in search of the real owner, we have got the name of the possessor and some additional information on these task chairs for our readers and design lovers. Why am I saying these? Because it’s not just one chair, rather it is an entire collection of task chairs available in multiple finishes, taking a jibe at present-day work culture. It is available for purchase on NFT in multiple finishes like American Walnut, Mahogany black, Oak Rugby Vegan, and many more.

The big news is Coffin office chair is a conceptual design by Chairbox. But guess what’s grander than that? It’s an NFT now. Chairbox, a speculative design studio behind the creation, is known for creating visual poetry and satirical reflection of reality.

There were multiple owners who were coming forward with their half-baked stories and claiming to be the mysterious render artist behind the creation before Chairbox put all rumors to halt and officially put it as an NFT on OpenSea for sale, an American online non-fungible token marketplace. While the design might have flourished on the internet these days, it was originally introduced by the design studio in October 2021 as evident on their social media pages.

Now we will talk about the design of the chair because that’s where the whole hype actually is. Designed with corporate convenience in mind, it might be the boss’s favorite thing in the office but is a deep satire on corporate lifestyle and overtime culture. The idea behind the design is simple. If an employee dies at work, their manager can simply roll them to the corporate cemetery for quick and efficient burying.

From a design perceptive, the chair exterior is in the shape of a coffin and crafted using wood and vegan leather. Poised on wheels, the chair base is made of powder-coated alloy. The interior is made of wood while the shape and line hold a resemblance to a casket. I cannot spot any cushion or upholstery in the picture, so it’s just wood that will be there for the lumbar support.

The first vision of the chair came to me when I was in my friend’s living room lying on the floor with my legs on the couch. I thought that if I die in this pose they might have to bury me like that. It would be so inconvenient to put me in a coffin. They probably would need a special coffin in this case. I told my friend about it and and we laughed but after a couple of weeks I returned to that idea and explored it a bit more.  Later I made a 3D model in CAD software, rendered it and posted online.

Honestly speaking, it will be a nightmare to sit in this chair while working in the office for a 9-to-5 job. And if you are forced to work overtime and suffer a cardiac arrest, don’t worry, your office mates would just nail the top lid and roll you to the corporate cemetery for a quick and easy burial. Cheeky, right?