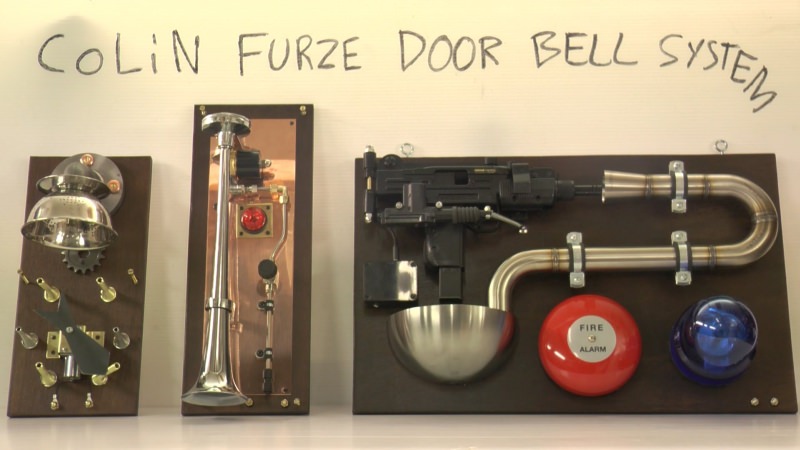 Colin Furze, an inventor, stuntman and YouTuber who is renowned for building and creating many unique contraptions like flamethrower guitar and explosive Death Star has now come-up with something crazy. His latest creation is a doorbell system that can be termed as world’s one of the most operative and loud doorbell system.

Popular for building crazy stuff, Colin decided to built himself a personal doorbell system after missing out few parcels as most of the time he is busy building new stuff. Dubbed as Colin Furze Doorbell System, the device features doorbell for home, shed and bunker. The volume of the bells is based on the surroundings where they will be placed.

Split up into three classes, the first system is for the house and it is a simple doorbell producing nominal voice. Second system is for shed and this doorbell is made out of lorry horn to tackle the noisy environment. However, the epic doorbell is for the bunker, and it includes an Uzi machine gun that will shoot bullets into a round tube and then into the dish producing hell lot of a noise.

Installed in his house, the doorbell system also comes with three different buttons on his front doorway. An ultimate doorbell system and with this installed at home, we are sure that no one will ever miss a parcel or post.