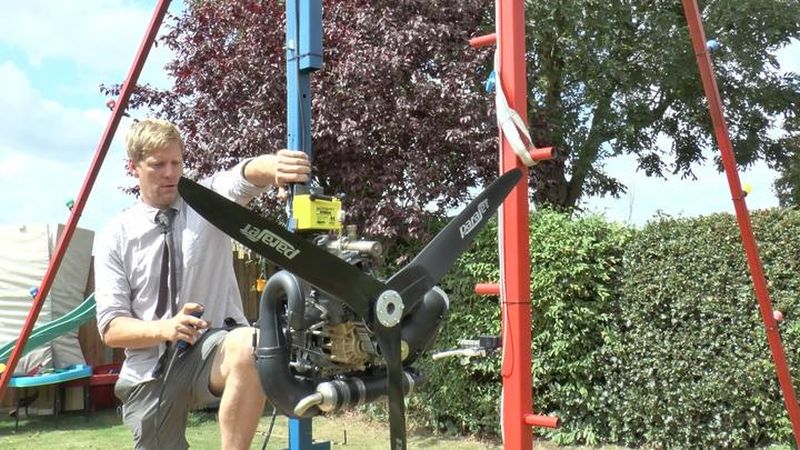 Recently, we saw how mad genius Colin Furze has created a huge 31-feet tall homemade swing that sways full 360-degrees. He also shared two videos showing the entire making process of this gigantic swing in his backyard. But to take this 360-Swing all the way around, a lot of energy is required, which is too tiring. That’s why he upgraded the swing with gas-powered paramotor for an extra kick.

The two-stroke paramotor gives more power and more speed to the swing. With some intense powered spinning, riders are surely going to feel sick after a ride. However, they don’t need to put in extra strength for a full 360-degree spin.

Furze is no stranger to such engineering projects that involve propellers, he also created a homemade hoverbike few months ago. But this massive swing make us feel worried about him when he’s upside down nearly two stories above the ground – that too without any safety harness. We hope he makes some safety plans for the merry-go-round.

What do you think about this insane 360-Swing? Would you like to take a whirl on it? Share your thoughts with us in comments below.

Also, check out the video to see how this upgraded 360-Swing works.