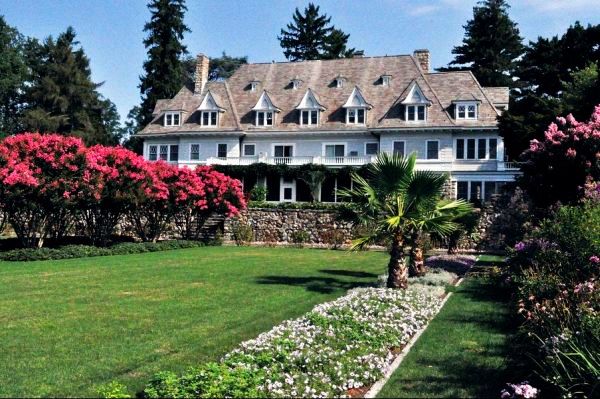 Last year we mentioned about Copper Beech Farm in Greenwich, Connecticut, which was listed as America’s costliest home for asking price of $190 million for any single real estate property in the United States. The same estate in Connecticut is believed to be sold for $120 million to The Conservation Institute, LLC, Connecticut. It edged out the prior record of Woodside estate which was sold for $117.5 million to Softbank billionaire Masayoshi Son. It has also broken the record of the highest home sale of 2014, which was previously held by the Fleur de Lys Estate in Los Angeles’s Holmby Hills at a whopping $102 million.

It took realty firm David Ogilvy & Associates around 11 months to sell this beautiful property. It was originally listed for $190 in May 2013 but failed to find a buyer, hence its price was dropped by $50 million in September to $140 million. There was another price drop before closing for $120 million and finally, it was sold at the closing price that too within a year. The Copper Beech Farm is worth the price as there is no other property like this in Connecticut since ages.

Cooper Beech Farm is named so because the property is surrounded by beautiful cooper beech trees. It was built in 1896 and was once owned by Andrew Carnegie’s niece Harriet Lauder Greenway. The waterfront mansion is 50-acre with a huge living space of 13,519 square feet including 12 bedrooms, 9 bathrooms, and a wood-paneled library.

Each bedroom has a fireplace and sleeping porches with enough space to let the cool air pass. It also includes a grass tennis court, a stone carriage house and two islands in Long Island Sound. The buyer of the property wants to keep its architectural design intact as it has always been.