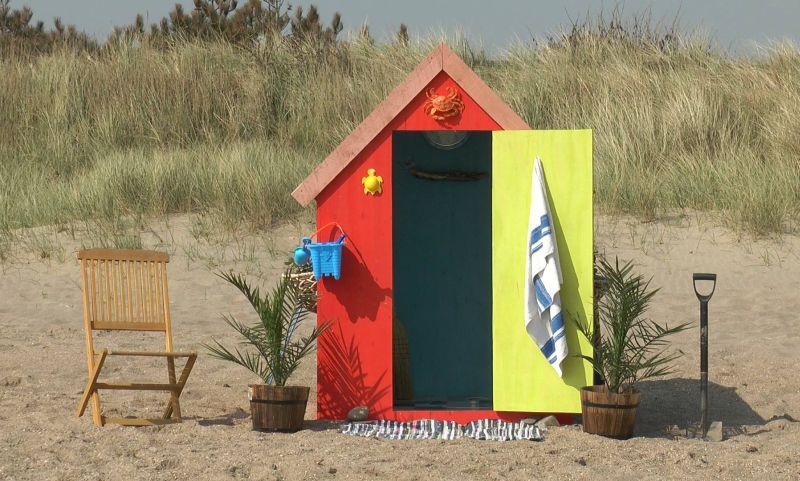 Talk about craziness, and Colin Furze is simply unmatchable. The brit has got immense DIY prowess to back up his wit, and we just love that. Yet again, the DIY’er has built something that is a good idea for other DIY’ers to emulate. Colin has created a beach hut that can be deemed as more of an underground bunker with secret compartments to have complete seclusion. However, he says that it is just a random idea, and in fact, after filming, the whole structure was taken down.

So, how did this idea come in Colin’s mind? Well, he always used to dig up the beach when out on holiday with family. For this project Colin dug up eight feet deep hole in the sand with the help of his friend Rick Simpson on beachside at Six Marches Beach, near Skegness in Lincolnshire. Both of them removed around six-and-a-half tonnes of sand and made a three-floor hut, with two floors underneath the beach.

The underground beach hut build about 20 meters away from the high tide mark measures four foot by four foot, so there is minimal chance of it flooding away (in case you decide to build one).

As you would expect from Colin, he added a bit of his humor to the video, but on a serious note one can think about making such a beach hut with a bit of modifications, and of course a little bit more room and scope for ventilation.