Cuddly toys of mass destruction to wake up the world 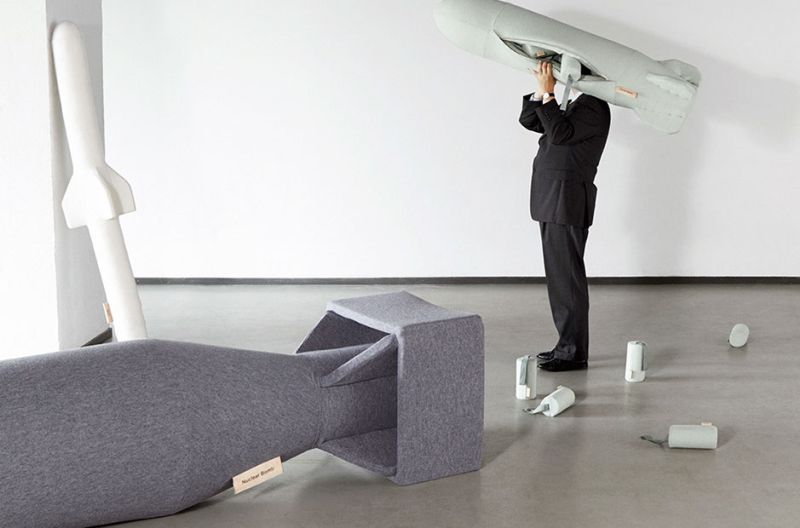 Playing with the weapons is a new project by Hanna Luttervelt, student of the Design academy, Eindhoven. Luttervelt is a playful designer who seeks games and humor in all her projects. This time, she has made cuddly toys of mass destruction that are made of soft wools. The idea behind these creations is to tell the world how Politicians of various Nations play with weapons of mass destruction for the sake of protecting their homeland, and they call it power.

Luttervelt frequently uses her real experiences as inspiration. Through her amazing designs, she wants to show the bizarre and beautiful side of life. The cuddly toys of mass destruction offer a thoughtful sight towards weapons.

The toys, are the actual representation of missiles, chemical bombs, mortars and nuclear bombs. The biggest of them all is the stuffed imitation of the nuke on Hiroshima and it is ironically nicknamed “Little boy.”

Well, they all look good as soft toys only. Luttervelt’s message is clear as she has also made a little video, in which politicians are playing with mass destruction toys like boys. These cuddly toys of mass destruction also became the part of Milan Design Week 2017.