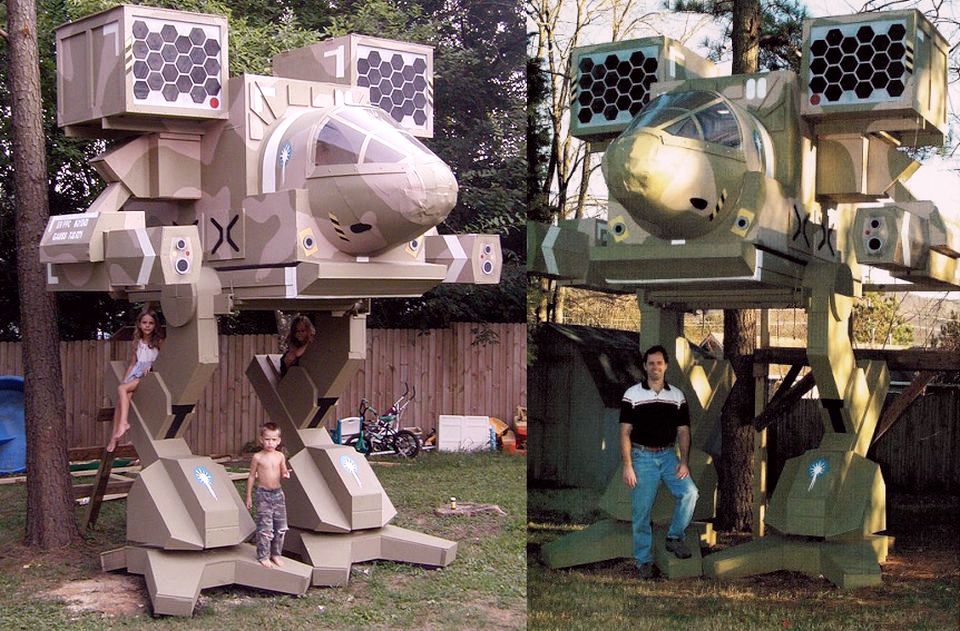 Do you remember the online Mechwarrior game of ‘80s? If yes, then you must be well-versed with tactics to maneuver Mad Cat BattleMech. Jim Martin, a rocket scientist from NASA, has made the same Mad Cat (life-size) in real life for his three kids in Alabama. This is, however, not exactly a robotic fighter that shoots missiles at neighbor’s backyard. In fact, it is an amazing treehouse for playing in backyard, resting on ground next to a tall tree in spite of hanging over its branches.

It is a giant robotic structure standing on two metal legs in backyard of Martin’s house. The upper area consists of a control panel, which is accessible via wooden ladder resting against its giant legs. Kids can play outside or get inside it through climbing up the ladder. Inside the robotic treehouse is enough space to accommodate all three kids.

The Mad Cat standing on the ground seems like as if it’s ready to launch an attack on enemies, but it actually offers a calm space inside its huge head instead. This cool Mad Cat BattleMech treehouse clearly depicts intelligence and years of hard work the rocket scientist put in building something unique for his kids and earned himself title of the coolest dad.