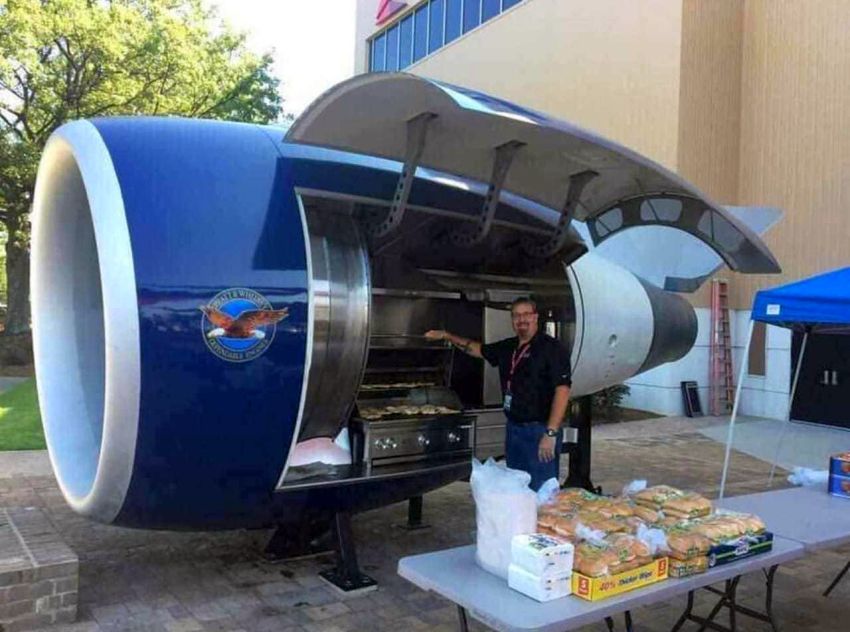 You must have surely seen a great deal of recycled aircraft furniture but have you ever seen a grill made from parts of a plane? Creative engineers from Delta Airlines TechOps team had built one in 2016 by transforming a Pratt & Whitney PW2000 jet engine from a Boeing 757 into an outdoor grill station, complete with storage and display.

A classic example of upcycling, the grill was installed at the Delta Air Lines Operations Control Center.

This giant grill has automatic doors, which reveal the custom-designed metallic interiors built-in with blue and red lights to mimic airplane interiors.

TechOps team has beautifully envisaged the engine into a grill station, with enough space to prepare and serve delicious steaks. Interestingly, both the sides of the engine have been transformed to reveal a grill and workstation. Each side with its own cooking unit.

Imagine a plane sitting in your backyard where you’re hosting a grill party? Your neighbors would be really jealous, goddamnit.