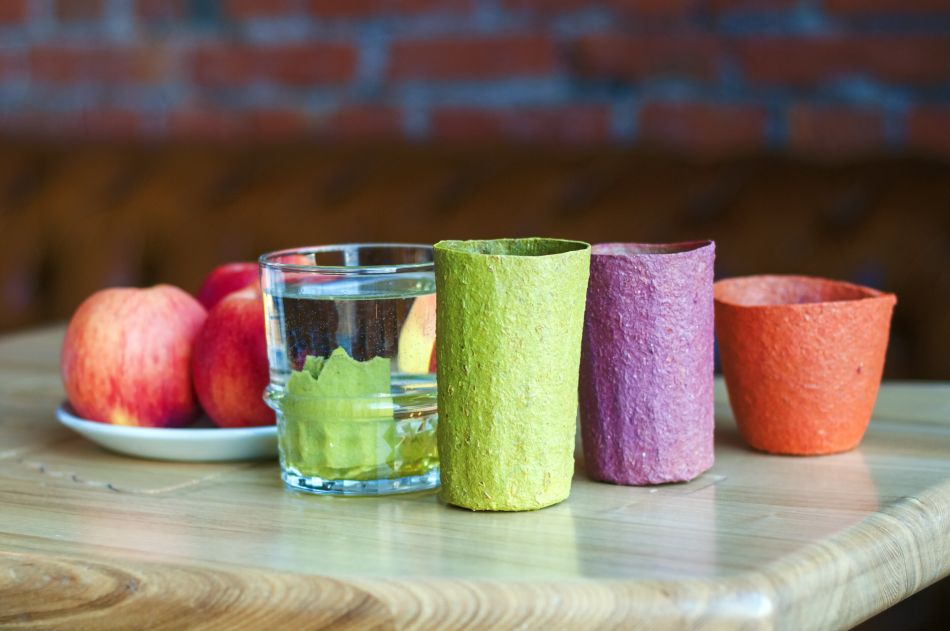 After inventing edible food films, scientists at Samara State Technical University have created edible dishes that could be a viable alternative to one-time-use plastic products. The project focuses on creating food films from natural raw materials, which will be food-safe and can be disposed off without impacting the environment.

The edible films are produced using standard processes such as mixing, concentration, and forming layers of raw materials that are the chore in the food industry. Scientists use fruit or vegetable puree to form a mass with a plasticizer and dry the finished layer at a temperature not higher than 60-degrees. Edible utensils are produced based on similar technology, the only difference is that the viscous mass is poured into a special form, and then dried.

The scientists have experimented with various fruits; however, they have found apple more suitable for dishes because of its good taste and viscoplastic properties. The glass formed by the process is so strong that can even hold boiled water in it.

Practically speaking, these edible dishes can help solve the problem of disposal. After use, one can simply throw it away or even better, eat it. In the future, scientists plan to produce disposable tableware based on this technology which is great for the planet.

For now, the scientists have created glasses because they are the most popular type of trash which contributes to the waste on the planet.

Related Posts
This Smart Spark Grill Provides Charcoal Flavor and Convenience of Typical Gas Grill
By Atish SharmaAugust 16, 2022
20 Sweet and Spooky Halloween Cupcake Ideas to Steal This Year
By Priya ChauhanAugust 16, 2022
These Sweet and Savory Halloween Pies Deserve a Place on Your Table
By Priya ChauhanAugust 9, 2022
Japanese Artist’s Embroidered Vegetables are as Real as They can get
By Atish SharmaMay 27, 2022
Leave A Reply Cancel Reply