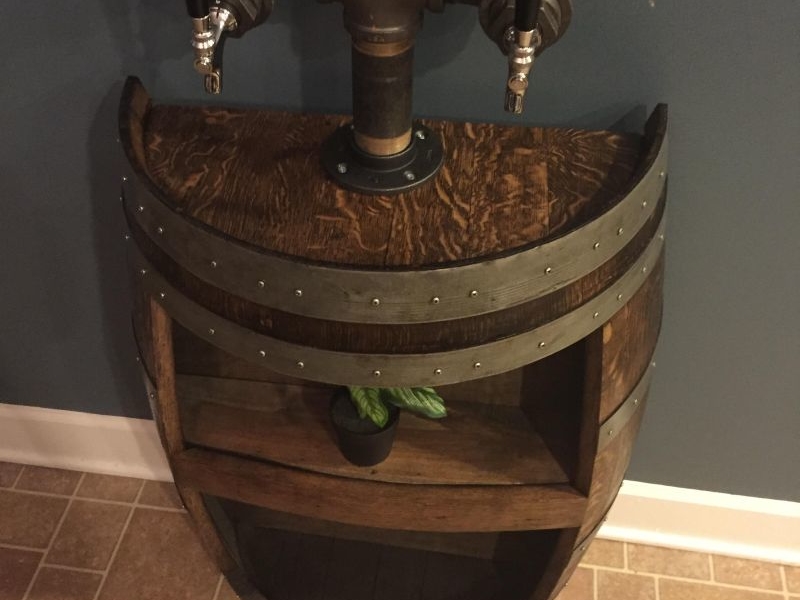 An Imgur user recently finished installing a two-tap soda and beer dispenser in his kitchen. He has uploaded its image-representation and it looks great. He commissioned a refined barrel worker for crafting a 36 inch barrel with tiny shelving and stylish cast iron details to function as a vintage piece at home that dispenses beer or soda instantly. He came to the decision to get rid of the mess and restrictions of earlier beverage dispenser that irritated him so much.

He drilled holes in the floor to pass out the pipes that connects tap tower placed over wooden barrel with the refrigerator kept in lower floor. The refrigerator contains kegs and other essentials for the domestic glycol system including the anti-freeze pumping system. After attaching shank, faucet and tubing, he did a successful test of the tap tower on his floor.

Now he drilled holes in the barrel for attaching the tap tower with pipelines that supplies soda, beer and glycol. All four pipes were wrapped with tin foil and then properly insulated to make a consistent dispensing system. The finished product is fantastic blend of wood with metal details that can calms thirst conveniently. Although, crafting such barrel beverage dispenser is a tough task, but beer lovers will get enough motivation from this unique DIY work. 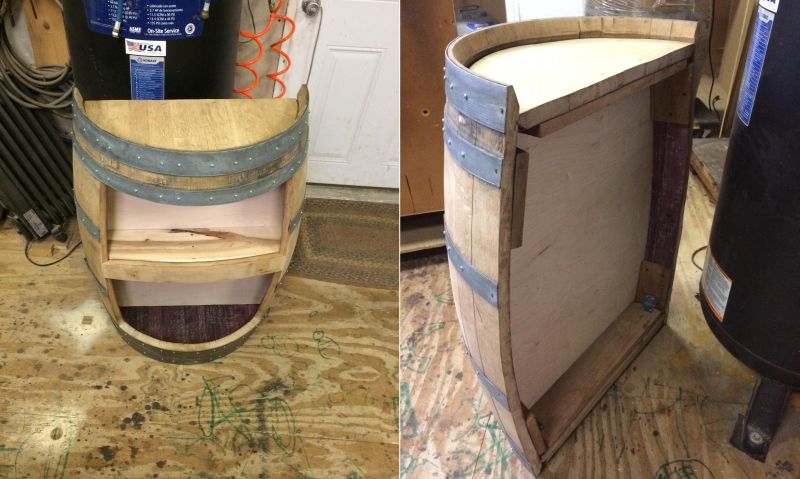 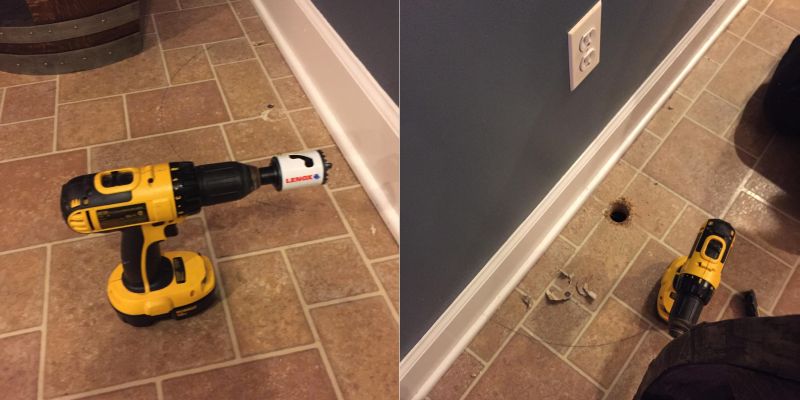 Drawing shape and drilling holes for placing the barrel 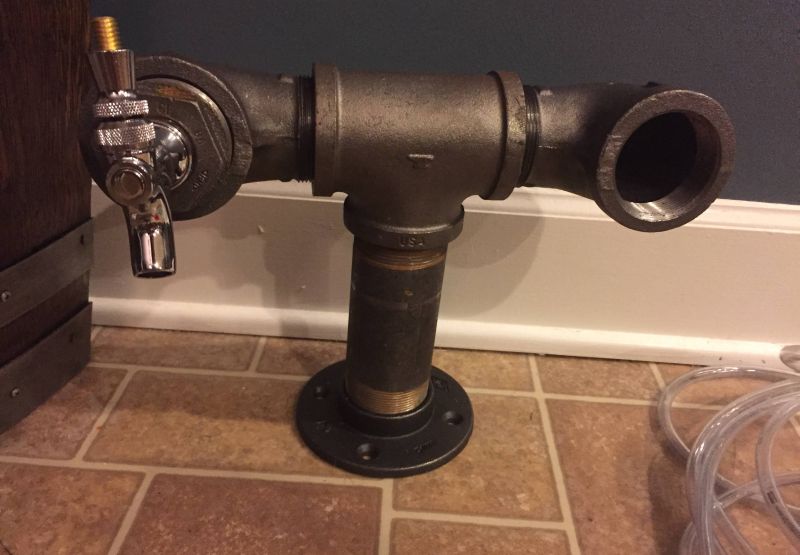 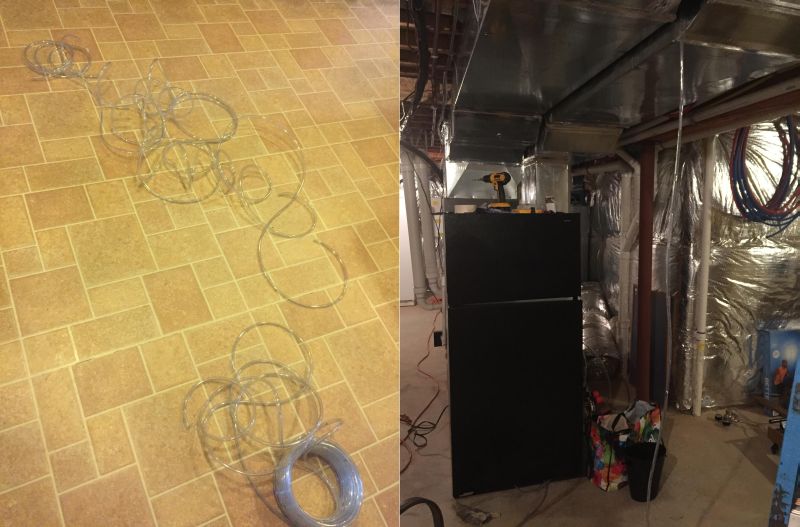 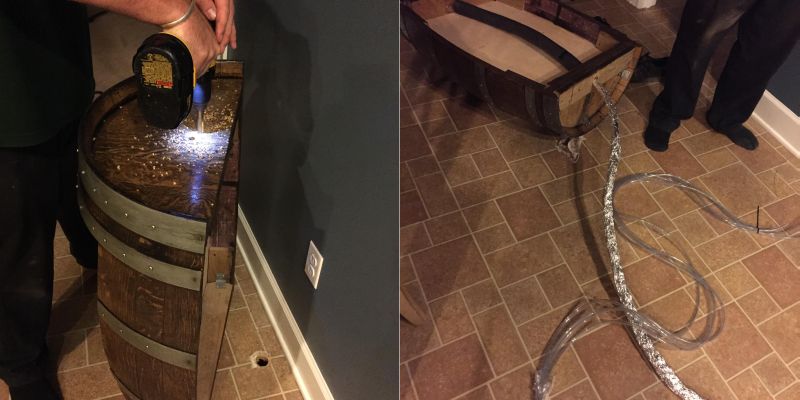 Attaching pipelines with the faucet installed over barrel 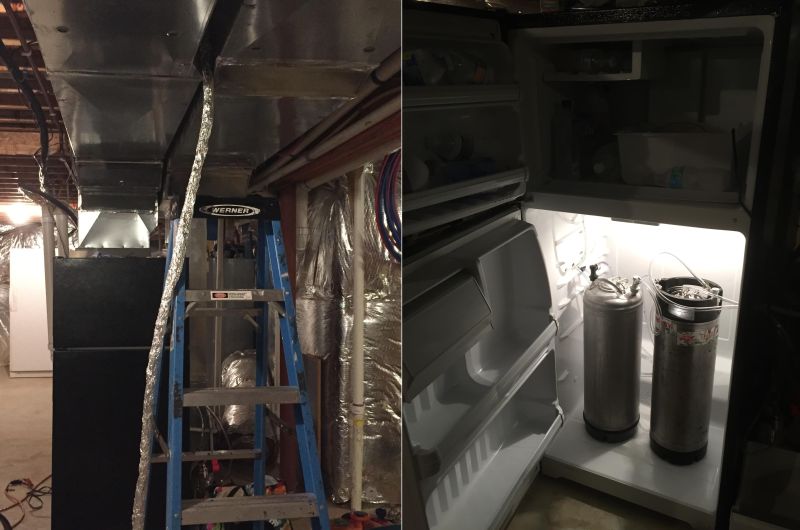 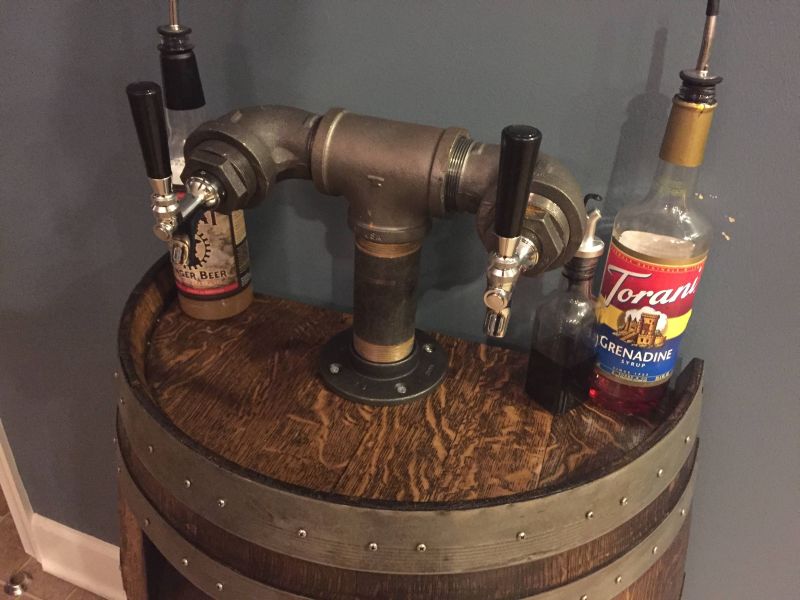 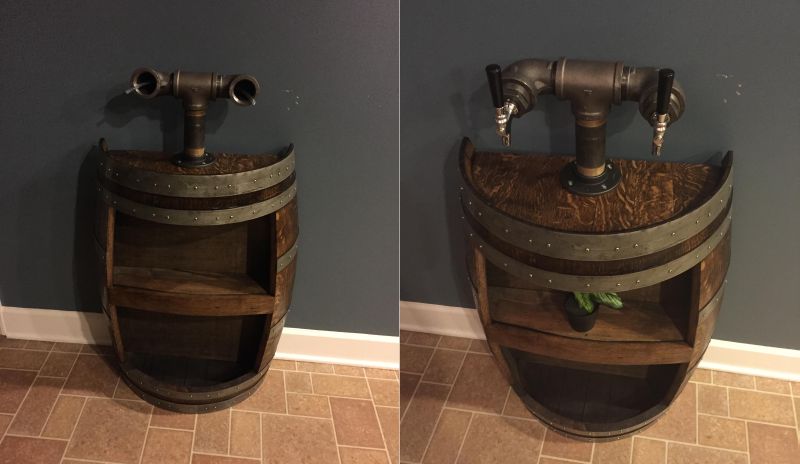