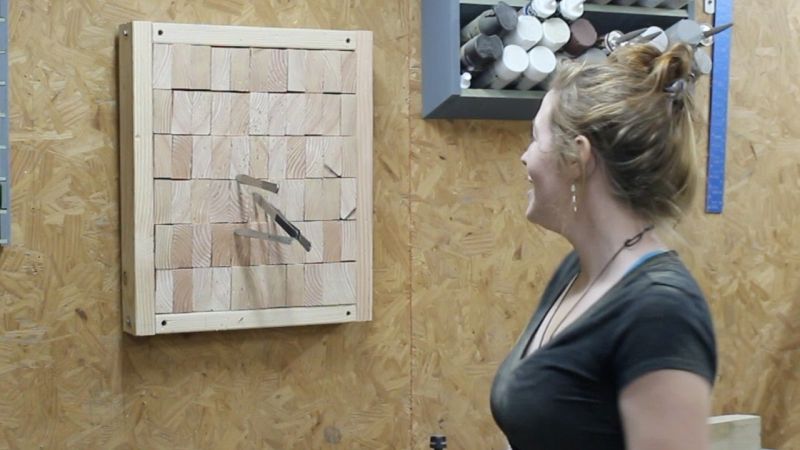 Sometimes we get too frustrated that we would simply like to throw knives all around the house. Well, not to kill anyone but just to let out the anger or frustration. If you feel the same during the bad days, you can try making this DIY end grain knife throwing target to take out your anger on it or simply to master the skill in-between work hours.

YouTuber April Wilkerson has shared a full tutorial on her channel to make this knife throwing target. To make the target, she has used an end grain cutting board for creating several blocks that are further put together in a wooden frame.

Usually, people glue these wood pieces together to form one big board at the end. Wilkerson, on the other hand, has chosen to drill holes in the center of each piece and then threaded them onto dowel rods that are inserted into place by the frame. This way she could cut down the time that’s needed to replace the inside pieces in the long run.

She has placed this target on a wall in her workshop, where she spends most of her time. Now, she can even master the knife throwing skills in her free time. Even you can make this cool DIY knife throwing target by following the tutorial given below. You can also visit her blog Wilkerdos for the written tutorial. 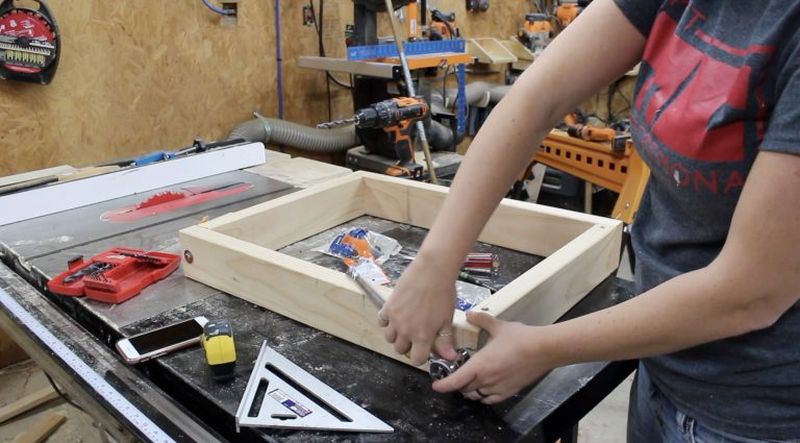 Frame of the target board 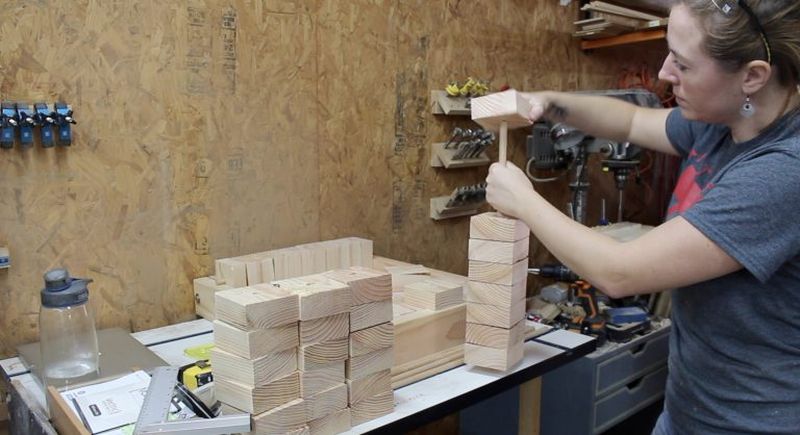 Instead of gluing the pieces, she threaded them onto dowel rods 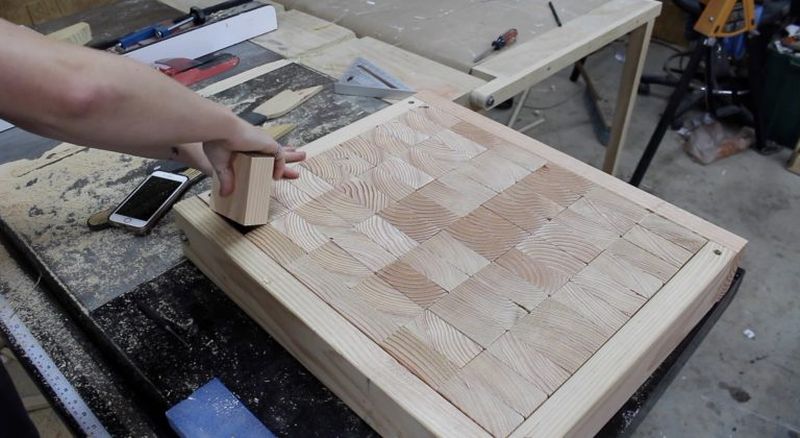 Wooden pieces within the frame 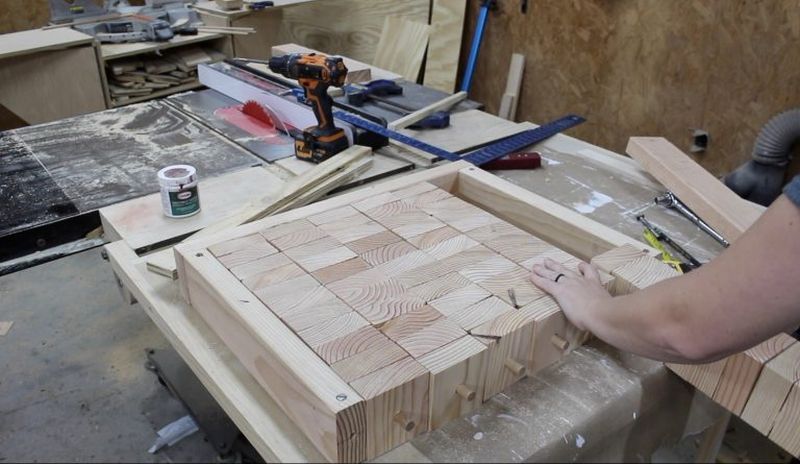 This would make replacement easier in the long run 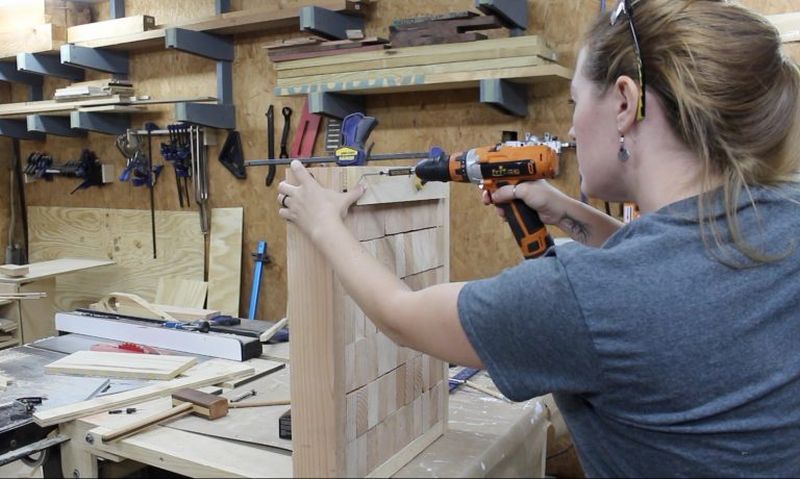 Drilling holes to hang the board 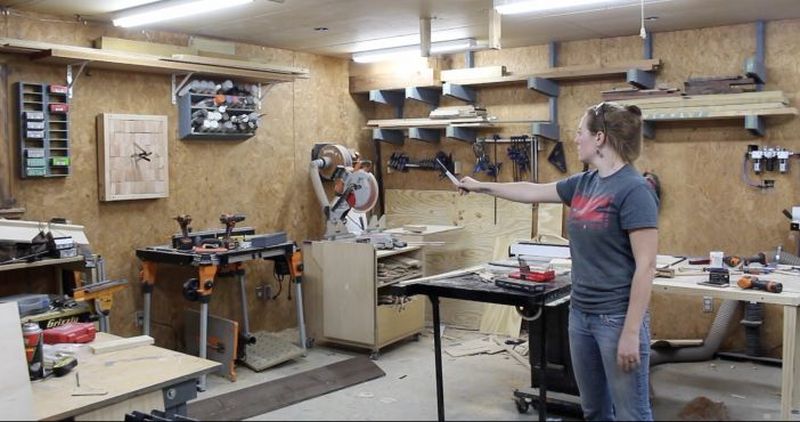 Wilkerson throwing knife at the target