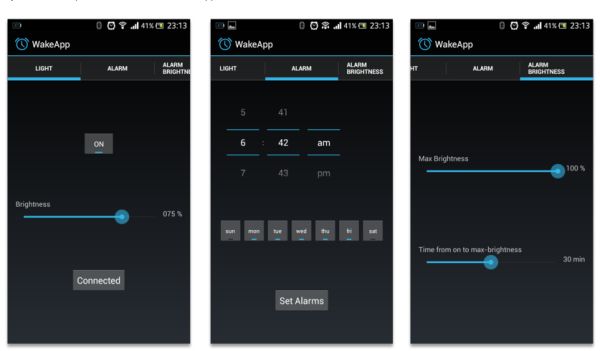 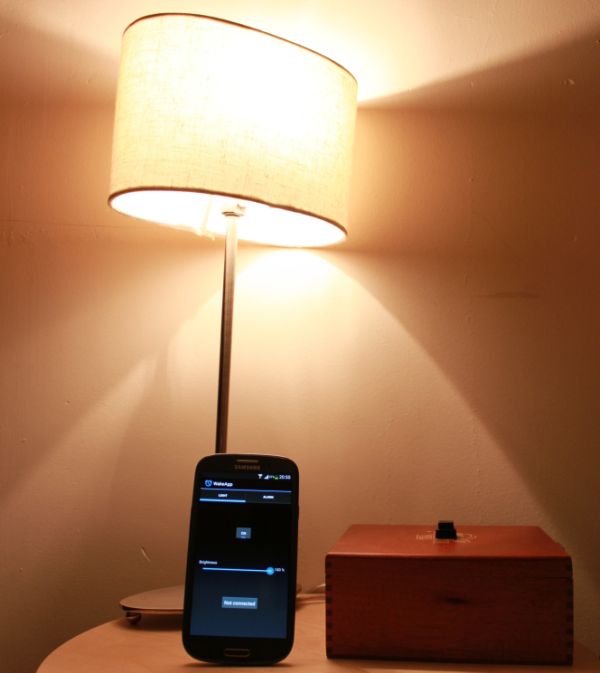 If you have a wake up light at home, you know what a boon it is to alleviate the morning grumpiness. However, for others, wakeup light is morning alarm which uses light (with sound) to wake you up. Unsatisfied with off-the-shelf lights, DIYer Akhil Piplani has developed his own WakeUp Light which works with any table lamp. The enticing WakeUp Light project has a very simple yet effective control interface, an open design and is built using a Stellaris Launchpad (ARM Cortex M4F microcontroller board).

When Akhil started, the biggest problems he came across were the light’s ability to work with any table lamp in the house and keeping the construction cost to a minimum. Tackling his constraints with an effective and open design, Akhil has managed to make his WakeUp Light pretty interactive. Using an Android app (Wake app developed by his wife) and Bluetooth, the light allows user to set up alarm using a computer or smartphone, and since the light plugs into a table lamp, you can simply turn any lamp at home into a smartphone-controlled wake up lamp. Awesome! The Android app automatically syncs time of your clock with the WakeUp Lamp and also lets users set brightness of the light to enhance the mood. 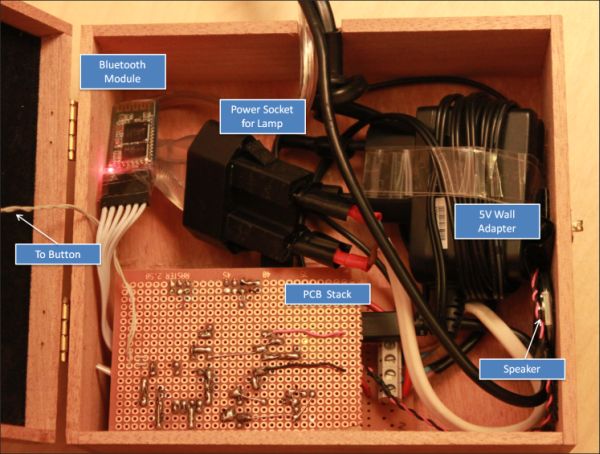 For now, the WakeUp Light only works with halogen and incandescent bulbs, the light’s circuit cannot work with LEDs and CFLs. Since, WakeUp Light without sound doesn’t seem exciting, Akhil would be including a Digital to Analog Converter and SD card slot for music quality in the next version of his light (next version will also support LEDs and CFLs). It’s a difficult build, but in case you are interested in creating a wake up light of your own, then head to GitHub for instructions. Others hit the jump for a video demonstration of the wakeup light.