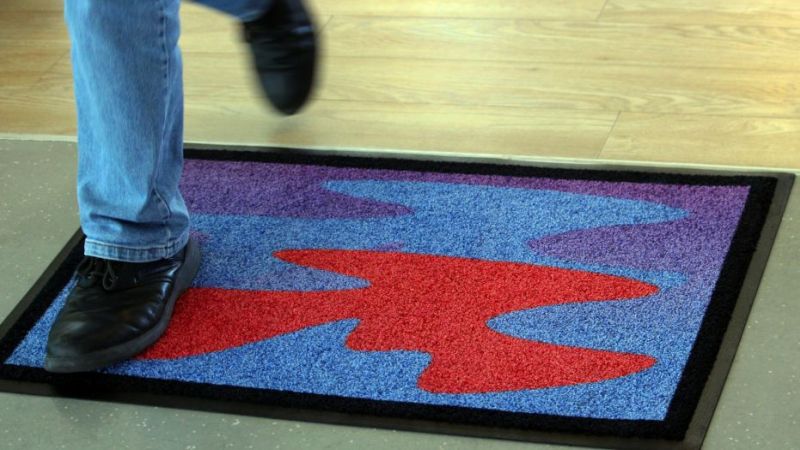 Doormats for the day when aliens set foot on your doorstep

If you are someone obsessed with sci-fi themed home interiors, the first step towards your dwelling should also be draped in the same essence. In particular people who are intrigued by extraterrestrial life, and the probability that someday aliens are going to pay us a visit. Infact, San Francisco-based Jonathon Keats who is an experimental philosopher believes that when aliens do step on our doorstep they should have an attractive doormat to wipe-off their feet (or maybe tentacles or whatever they have to walk on). Maybe that is why Jonathon has designed cosmic welcome mats in collaboration with Alice Gorman, a space archeologist at Flinders University.

The doormat was sported at the Adelaide Convention Centre and the 68th International Astronautical Conference. Both the creative minds came to the conclusion that their main motive is to convey the message “you are welcome here”. To convey that through art, they designed doormat which has red-colored blob depicting the alien, with blue and purple backdrop which depicts the Earth like planet and the space.

I came to realize that my greatest chance of success would be to look at creative expression as a human phenomenon: When the communicative chasm is especially extreme — such as the communication of one person’s innermost emotions to strangers — humans tend to express themselves through art.

There are four different versions of the doormat which all depict the fitting nature of the alien in its surroundings. This shows friendliness of us human beings towards any extraterritorial guests. The first two designs show a biochemical reaction, the third one depicts freedom to grow, and fourth one had multiple blobs showing welcoming nature.

At the conference Gorman’s students collected dirt samples from each of these mats to analyze which ones collected the most dirt, showing the effectiveness of these doormats in collecting dirt.

Gorman wants to get these doormats to our doorsteps, and also aboard the ISS one day. 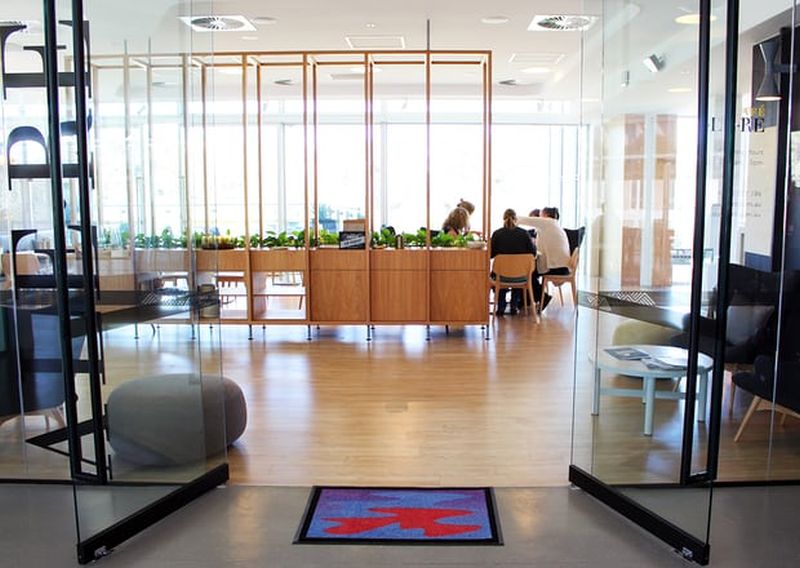 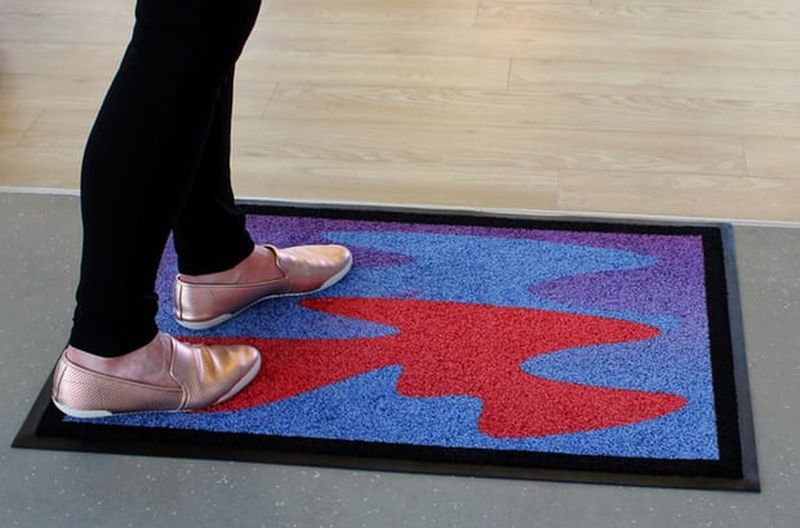 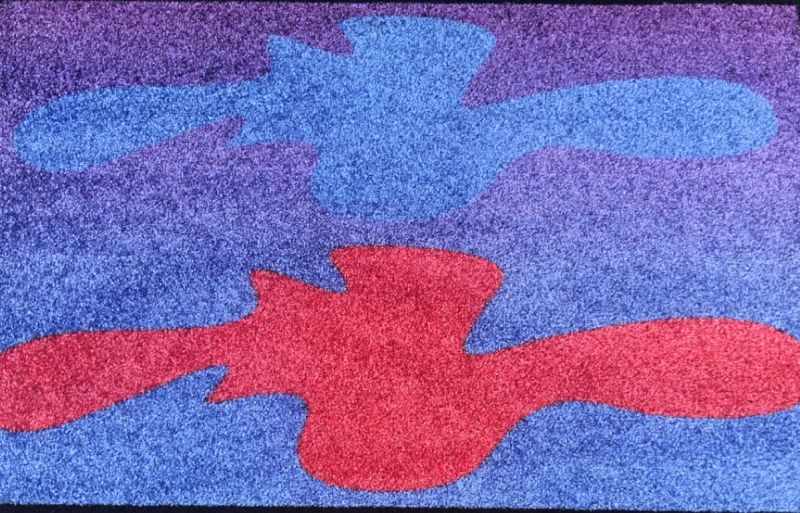 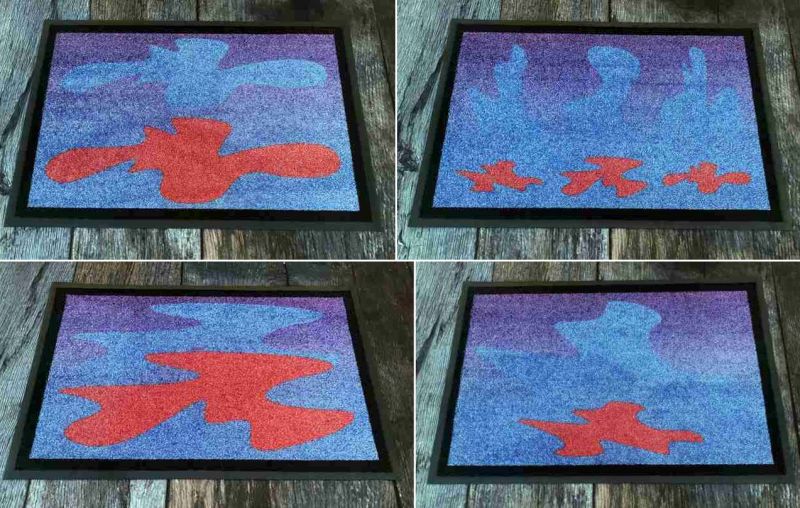 Waves of the sea crashing against the land ... 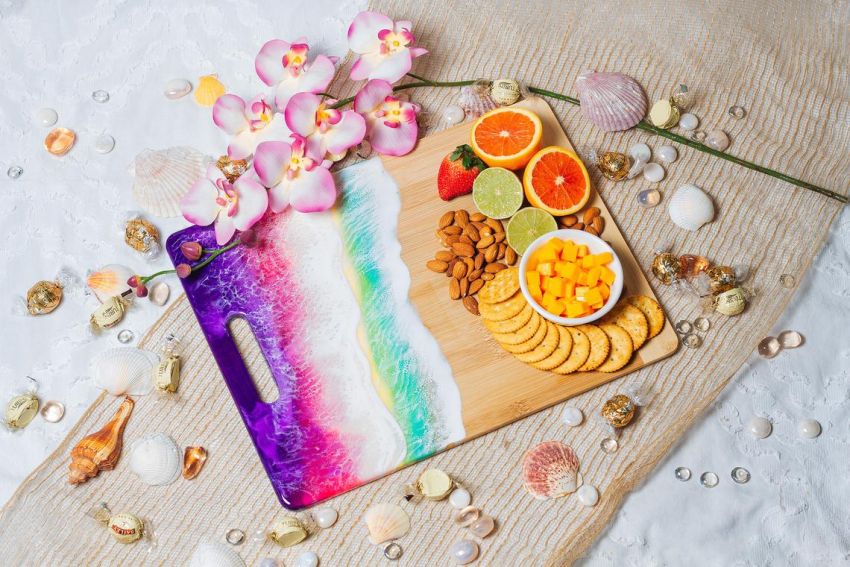 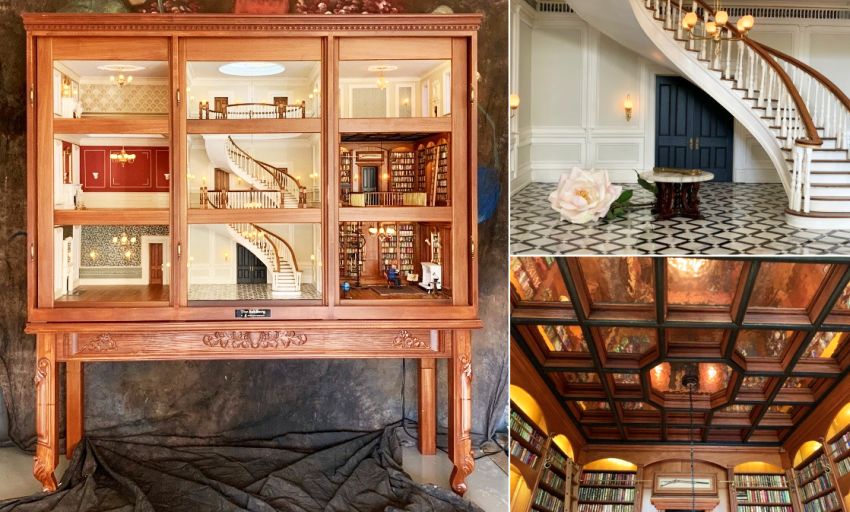 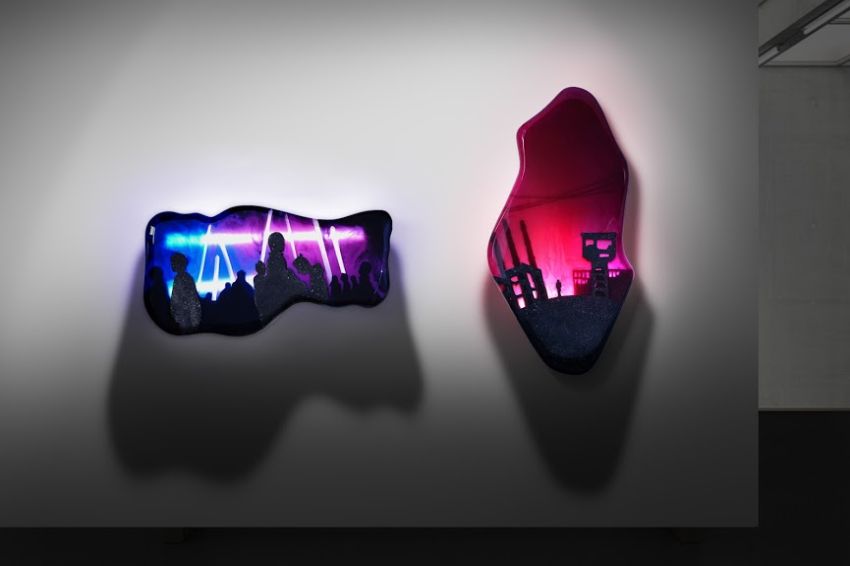