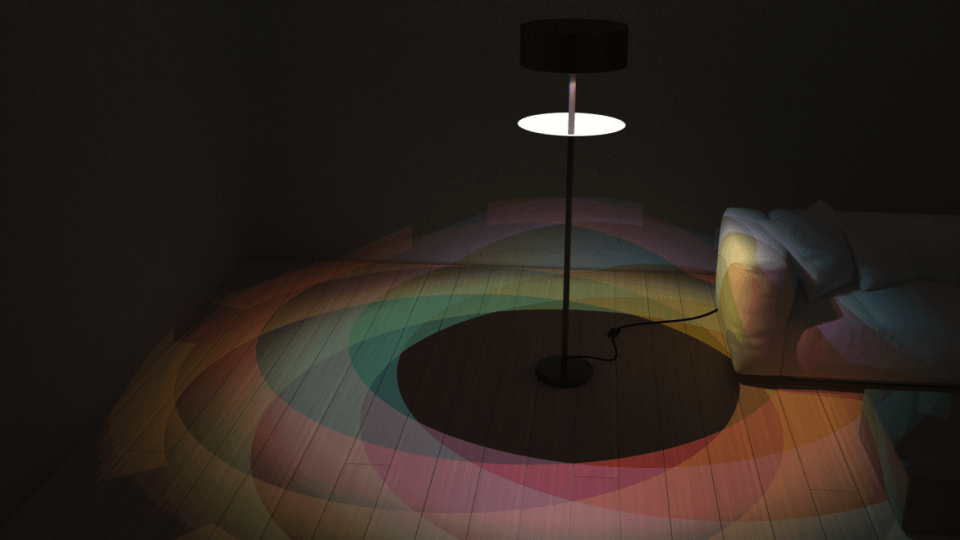 Greece-based designer Eugenia Antoniou has created a mesmerizing luminaire, which is inspired by the supermoon lunar eclipse and rainbow color phenomenon. Entitled Eclipse of Rainbow, the nature-inspired LED lighting solution takes its existence from the lunar eclipse, and emphasizes on the phenomenon of light and shadow.

Designed by placing an opaque disc between the light source and adjusting the level of projection, for Antoniou, the main idea behind this lamp was to create an object that encompasses the qualities of light. The lamp cleverly exhibits seven colors of rainbow creating elements of playfulness and pleasure inside the house.

Simply based on the principle of contrast, luminaire is fitted with seven LED bulbs, all placed under particular angle to get unexpected results. However, to achieve the rainbow pattern, top of the lamp is fitted with a black hood, which forces bulb to emit light directly on the base of lamp, where light passes through the compact disc. This reaction of light creates a perfect colorful pattern on the ground and a beautiful white light composition on the disc, hence giving you both black and white, and colorful shadows to enjoy.

The cleverly designed Eclipse of Rainbow has also received an honorable mention in the Red Dot Design Award 2015  for its uniqueness in the field of design and concept and has also bagged first prize at Ideas Design Competition.