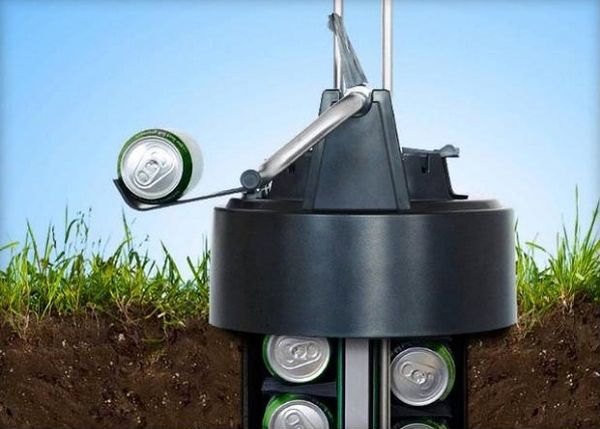 Underground cooling is a traditional concept which was used ages ago to keep food cool in summers. Four guys from Mors, a small island in northern Denmark, using the similar concept of cooling have invented and patented eCool beer cooler. To install the underground cooler you just have to dig a big hole in your backyard, garden or anywhere outside your house then, put the device in that hole and cover it. After installation, nature does rest of the work to provide a cool temperature to beer cans fitted in its crate. It is 100-percent environmentally-friendly method as it doesn’t require any electricity or any other external source of energy for cooling. 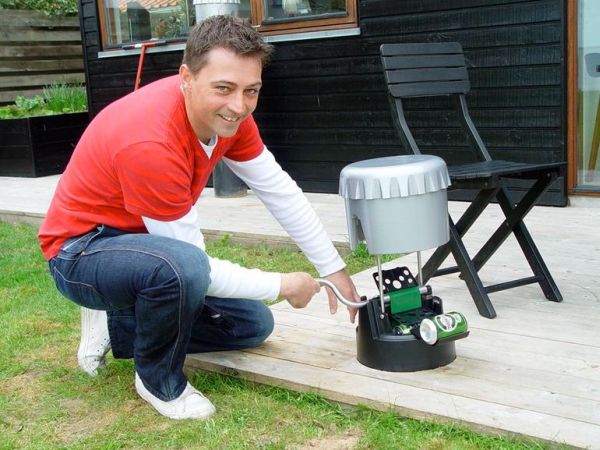 The earth cooler is 44-inches in height, 9-12-inches in diameter and weighs 12 kg. You need to dig the earth according to its height and diameter so that it fits well in the ground. The part which remains inside the ground allows you to install up to 24 cans in its crate at a time. The cans can be pulled out or pushed in using metal lever attached to its upper portion. The lever functions like a pulley to bring out the beer cans and likewise it pushes cans back inside it for cooling.

The eCool will not provide you an ice chilled beer but a beer with a cold temperature without frost. The cooler is not only made for cooling beer, you can also keep cans of water or other drinks in it for cooling. We have not seen such an amazing drinks cooler without using electricity or solar-power before. This easy to use device is available online for 1,895 kr. (approx. US $346). The amount is worth spending for this lifetime power-saving drinks cooler.