Energy-storing solar windows is closer to becoming a reality 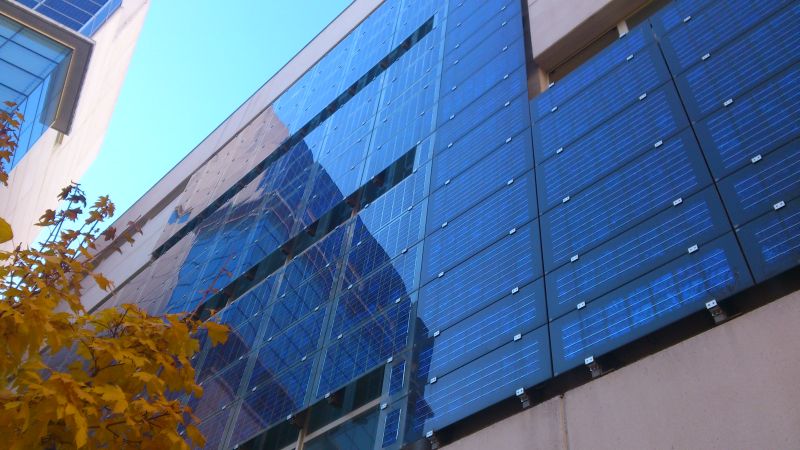 Electricity-generating windows are no more a dream, as researchers at the University of Minnesota and the University of Milano-Bicocca have developed technology to harvest solar energy through windows of a building. A plasma reactor creates silicon nanoparticles that are integrated into luminescent solar concentrators (LSCs) in windows to collect the solar energy while flooding in enough sunlight. So when sun-rays touch the surface of solar windows there will be small solar cells at edges of the windows to store useful light frequencies.

Already, there are so many examples of the rapid use of building-integrated LSC technology, but it seems an much ambitious project. This futuristic renewable energy concept would transform buildings into energy-generating solar farms. These Silicon-based photovoltaic windows are thin and can be applied to the surface without impacting aesthetics.

Uwe Kortshagen, inventor of the process for creating silicon nanoparticles and one of the senior authors of the study said;

In our lab, we ‘trick’ nature by shrinking the dimension of silicon crystals to a few nanometers, that is about one ten-thousandths of the diameter of human hair, At this size, silicon’s properties change and it becomes an efficient light emitter, with the important property not to re-absorb its own luminescence. This is the key feature that makes silicon nanoparticles ideally suited for LSC applications.

When compared to earlier -designed solar windows that contain lead and other toxic elements, the idea of using Sillicon is favorable for users, while its optical properties have opened a lot of possibilities for the research team.  The University of Minnesota has collaborated with Italian researchers to embed Silicon nanoparticles in LSCs. When it comes to the market, we will be having an innovative product that will revolutionize the entire energy industry.