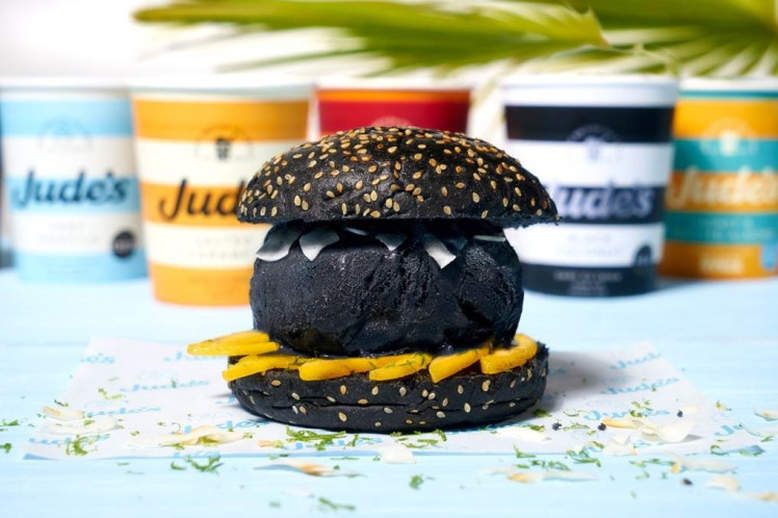 Pear Tree Café is a modern European restaurant located in Battersea Park. It is best known for serving fresh seasonal dishes with menu changing every week depending on upcoming seasons and arrival of new produce. If you wish to dine in a park, then it is one of the best options available in London. It is also a great place for people bored of fixed options of burgers and ice creams in the region. The café has started serving its visitors with all new black burger that you might not have seen anywhere else. As of location, the cafe is set overlooking the lake and is really picturesque.

This one-of-a-kind burger is made up of toasted black brioche and is stuffed with British ice cream brand Jude’s black coconut ice cream made of coconut milk and ash. Made with coconut ash sounds weird but is a reality. You can try out the Black Coconut Ice Cream Burger for just £6 at Jude’s Ice Cream Parlour at the Pear Tree Cafe in Battersea Park but it’s only available between August 24 and August 29.