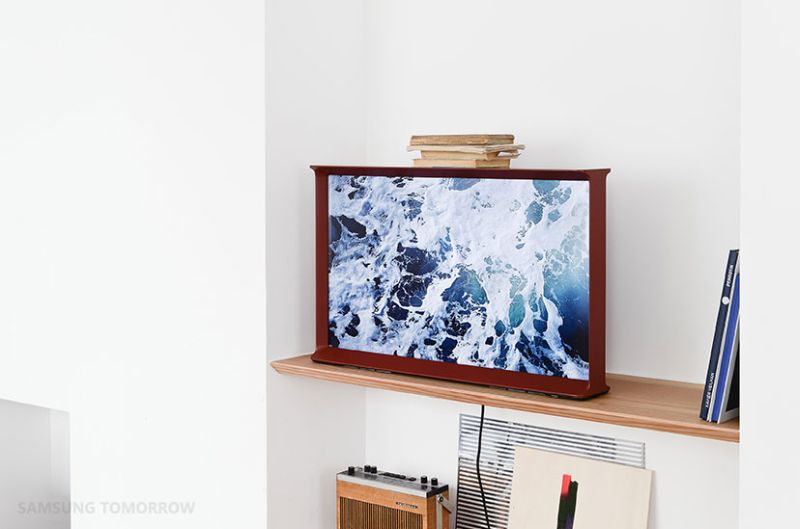 Last year at London Design Festival, Samsung unveiled its Times New Roman letter ‘I’ shaped 40-inch Serif TV. This television set is now available to pre-order in US for $1,500. Although the asking amount is not cheap, but it’s neither going to make a hole in your pocket. At that price, you’ll get decorative furniture-like TV that’s incorporated with latest high-tech features.

Designed in collaboration with French furniture designers Ronan & Erwan Bouroullec, the TV is meant to transform this electronic piece into a furniture with its shelf-like top surface to hold books or decorative vases.

It comes with a remote control that surpasses the traditional design featuring lots of buttons for different controls. Moreover, the TV’s interface sports a new “curtain mode” to blur the content on the screen, transforming the television into a shimmering digital curtain. It will make it seem like a decorative object in your living room, when you’re not watching any TV show.

Besides the decorative curtain mode, the font-inspired Serif TV also features HDR screen along with 4K UHD resolution. It is even integrated with a quad-core processor that powers the TV, its apps, and other streaming functions.

If you’re looking for a stylish TV set with a furniture-like appeal, Serif TV is certainly a good choice. You can pre-order it now, but don’t expect the shipping before August.