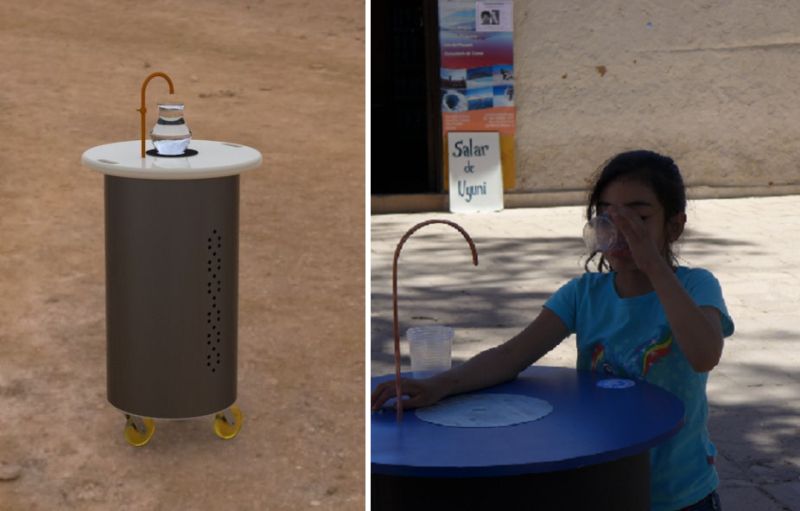 Water is a vital nutrient, yet clean drinking water is not accessible to many across the globe. In the last 10 years, demand for clean water has increased immensely due to growing population, industrial projects, as well as, changing climatic conditions. The issue is more adverse in the regions like Flint, Michigan, where water sources are surrounded by oil pipelines.

To solve the problem, Chile-based engineer Hector Pino has created a portable solution called FreshWater machine that produces drinking water from thin air. This system can run on AC power, battery or solar energy, and is able to produce water by absorbing humidity in the surrounding air.

It is being tested in San Pedro de Atacama, an arid mountain town in northwestern Chile. In this region, FreshWater device has produced nearly two and a half gallons of water in a day. Although it’s not sufficient for a large community, but if the project is done on a large scale then it could surely provide relief to many remote communities worldwide.

FreshWater device costs around $1,600, and Pino is even working on making a smaller version, so it can even be carried around by travelers. If successful, the Pino will be able to make a portable and affordable clean water device for regions with limited or no water supply.