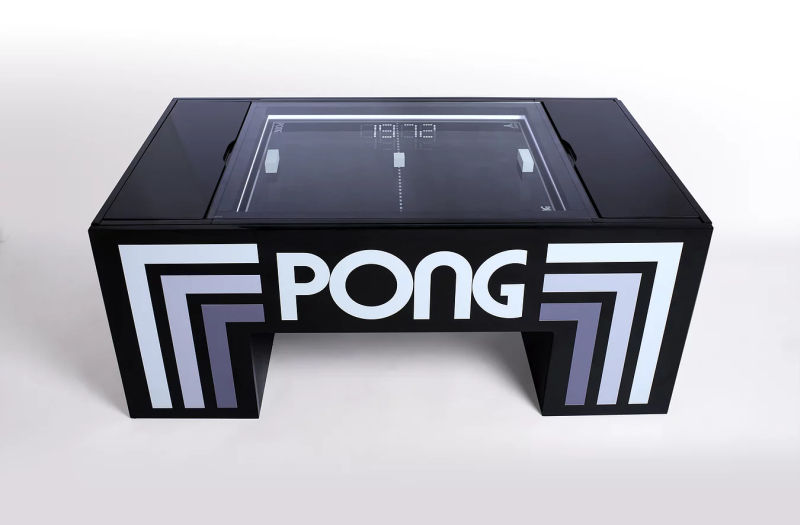 The tennis-inspired Atari Pong is one of the oldest arcade video game that has seen several upgrades during its evolution. At that time, may be no one thought of physical pong tables, but now it is a reality. If you have a hidden desire to own one, then Uruguay-born designer Gerardo Orioli has made it possible for you. After extensive hard work of 3-4 years, he has created real-life Atari pong table that can be transformed into a coffee table. Lighting, speakers and clock display add a realistic feel to the game, while four on-board USB ports can be used to charge phones. It can even play music over Bluetooth.

You can enjoy gaming as well as convert it into retro looking coffee table. Electric motors and magnetic fields enable movement in the Atari Pong coffee table. There are arcade buttons and lids on two sides to play the game. The flip cover over the control pad keeps it safe from potential damage, while built-in LED lights illuminate the table as well as the surrounding space. The startup is also offering sitting cubes and coin-operated versions to users as optional items.

This rectangular table with glass tabletop looks attractive and it is perfect addition for recreational rooms. It will be a great medium of interaction between kids and adult members of the family. For now, its designer has successfully achieved its crowd-funding goal at Kickstarter, so retro gaming enthusiasts can pre-order it for US$900.