Gui Mattos Designs Giro Faucet That Doesn’t Look Like One 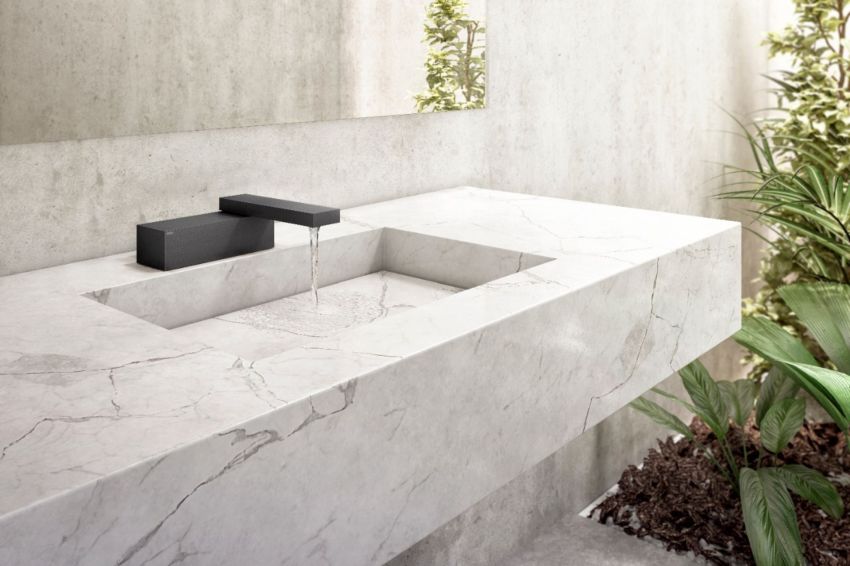 At first sight, it appears like a black block but there is a twist! This isn’t a mere box, rather it is a designer faucet conceived by Brazilian architect Gui Mattos for Docol – largest exporter of sanitary metals in Latin America. You just need to swivel the upper part of the block and it will become a spout.

Dubbed Giro, it is a bold and subtle tap that features a visually interesting rectangular shape. It is a simple block that houses within all functional elements of a faucet. A gentle turn on the top of the block reveals a spout, which releases the flow of water when it reaches the center of the sink. There is also a water flow regulator on one end of the main box.

The Giro faucet employs an innovative and unprecedented drive technology that allows it to release water only when the spout is positioned at the center of the sink. Giro was presented at Expo Coating 2019 and was expected to launch in the first half of 2020 – time has almost run out. Presumably, the delay is because of the ongoing pandemic and it should unveil soon.

The Giro faucet was awarded the Good Design Award 2019 in the Bath/Accessories category and was also awarded with the prestigious iF Design Award 2020 in the Product category.