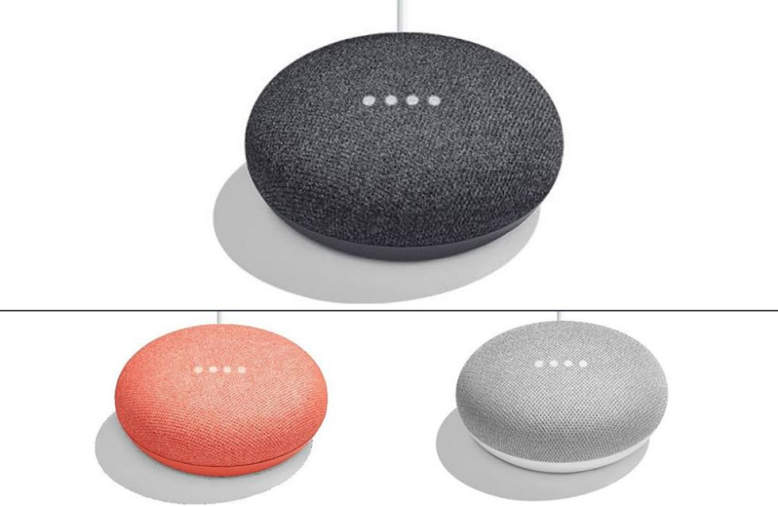 Google launched the Pixel and Pixel XL on October 4th last year, and now again the company has chosen the same day this year to reveal the successor for its Pixel smartphone range. There are also some rumors that Google is also going to announce a mini version of the Google Home on the Pixel 2 launch event to be held on 4th October 2017. Dubbed Google Home Mini, it will be a roundish smart home gadget draped in a colored fabric cover to match with the hard plastic base. With the launch of this mini smart speaker, Google seems to take on Amazon’s Echo Dot.

The Google Home Mini will be available three colors – Chalk, Charcoal and Coral. Just like standard Google Home, the main device will sit over colored plastic base, but for now, it can’t be speculated whether they would be changeable or not. The mini version of Google Home would probably support Google Assistant and help users set reminders, get news updates, and control smart home devices with ease.

Users need to connect it to the main power supply, as it might not have a built-in battery. From its leaked pictures, it’s evident that the multi-colored LEDs of the standard Google Home would be replaced with four white lights.

For now, there is no clear word on specifications, price and availability of Google Home Mini. We’ll keep you posted as soon as new reports surface.