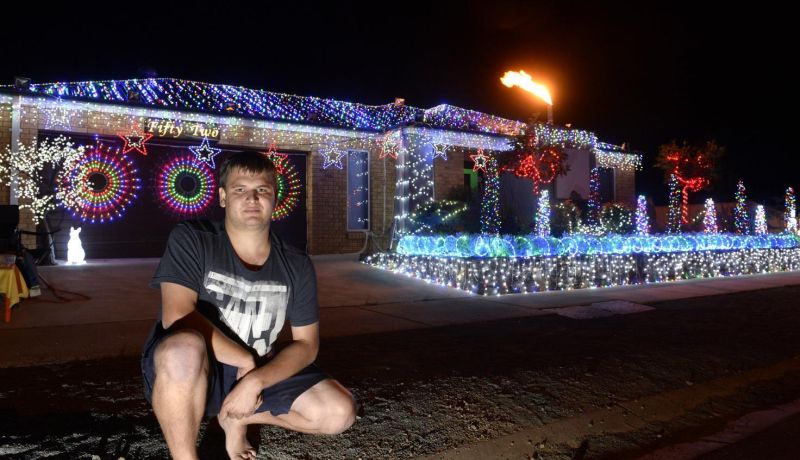 Greg Jaeschke form Australia has set a fantastic outdoor Christmas light arrangement that is synchronized with music. Greg’s music Christmas light display is well-known across Greater Shepparton. The lights have been set to classics like AC/DC’s “Thunderstruck,” but they are also well-matched with doof doof-style bangers. Greg used controllers that has been customized by him.

He then connected all the wires he had cut from the shelf lights and turned it into lighting system that was computer controlled. It took him six hours to program each song that lasted for about a minute and synchronise it with the lights.

Last year he had about 200 channels of lights but this year he has included another 80 channels to it for his extravagant display of Holiday season. In the year 2014 Jaeschke Christmas light display that was synchronized with songs “Here’s Johnny” and Darude’s “Sandstorm” had gone viral.

Christmas lights synced to “Thunderstruck” is the best way to be neighbor friendly so he is happy to switch them on to onlookers though he is still working on getting the last of the lights up. According to Greg he would add a new song to the display each night up until December 24th.

Shepparton News, would like to hear about anyone who is planning to do a lights display and would even highlight the homes on a street map to let know all Christmas light fans to view the display.