Hotel Arbez lets you stay in France and Switzerland simultaneously 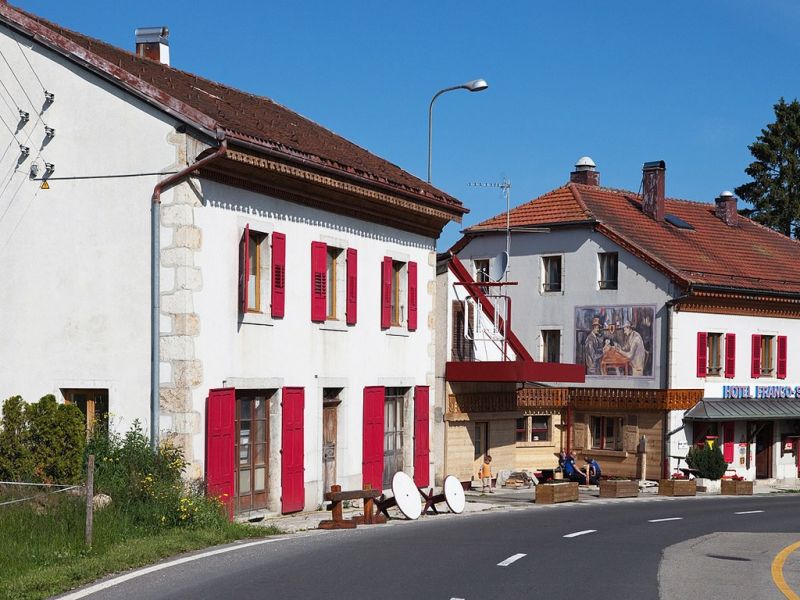 After checking in Hotel Arbez Franco-Suisse, you can actually decide if you want to sleep in France or Switzerland. Confused? Well, this Alpine inn straddles the Franco-Swiss border in the village of La Cure. The hotel dates back to the early 1860s. It was built shortly after France and Switzerland came to an agreement in 1862 to redraw the border in the area.

This means now, some part of the two-star Arbez lies in France and the other in Switzerland. The hotel’s staircase, dining room and several rooms are divided by the boundary. Moreover, bed in the honeymoon suite lies half in France and half in Switzerland. So, it literally lets the visitors sleep with their heads in one country and feet in the other.

At first glance, the hotel appears to be a typical ski chalet. It features wooden planks and a cozy country-style kitchen, while allowing patrons to visit both countries in one stay. Even the restaurant in the hotel serves delicious cuisines from both cultures.

Franco-Suisse hotel’s bi-nation feature truly makes it stand out from rest of the hotels across the globe. If you’re looking for somewhere unusual and fun place to visit in Europe, this hotel has got you covered. You can get a room for just $107 in this hotel and experience the cultures of two different countries at once.