How does BB-8 droid function? Let’s find out! 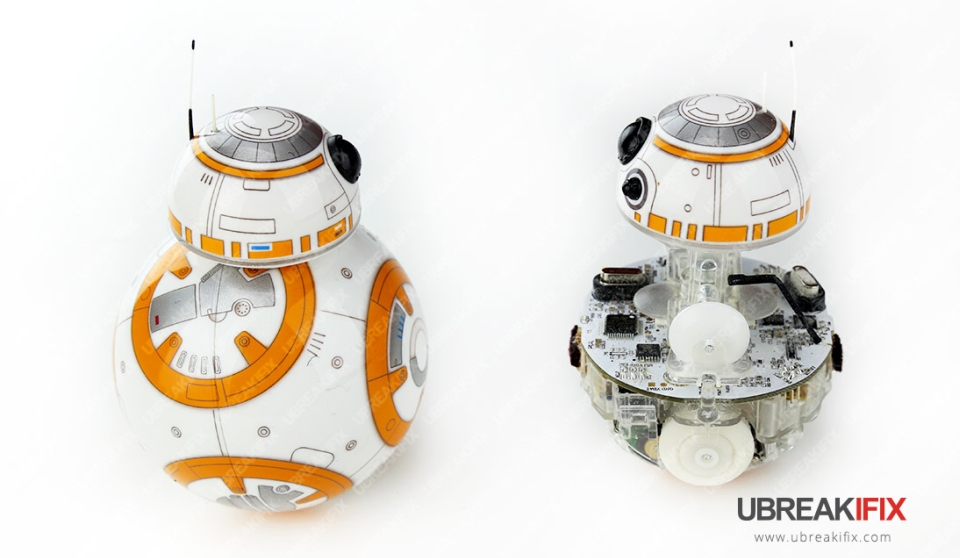 Sphero has been buzzing on internet since the company revealed its latest BB-8 droid influenced by Star Wars R2-D2 robot. The adorable tiny droid is all set to take center stage with the upcoming Star Wars: The Force Awakens.

However, this soccer ball-shaped droid recently raised lot of curiosity among Star Wars enthusiasts, as all of them wants to know how does this BB-8 toy manages to move into any direction, keeping its head upright no matter which way it rolls.

But all thanks to David Reiff and the team at Ubreakifix, we don’t have to wonder anymore. The Ubreakifix team has literally ripped this little tech apart to see what’s hidden inside BB-8. Spherical plastic case is integrated with gyroscope, pair of wheels and sizeable counterweight to maintain its balance.

The gyroscope helps the device to figure out which way is up or down and two wheels help it to roll around. Its counterweight always keeps the mechanism upright despite moving into any possible direction or path. Moreover, there is a strong magnet that keeps the head from falling off even if it moves with high speed.

But it was not easy to tear it apart, as the droid is made from superior quality hard plastic material. So the team used a strong rotary tool to teardown this little cyborg. Sadly no repairing can get this one back to its real form, but the team had to do it for identifying its mode of operation.

The video given below will give you a brief about how it functions, and for those who are lusting after the BB-8 droid can purchase it for $150.