IceHotel 2016 to open its frozen doors in December 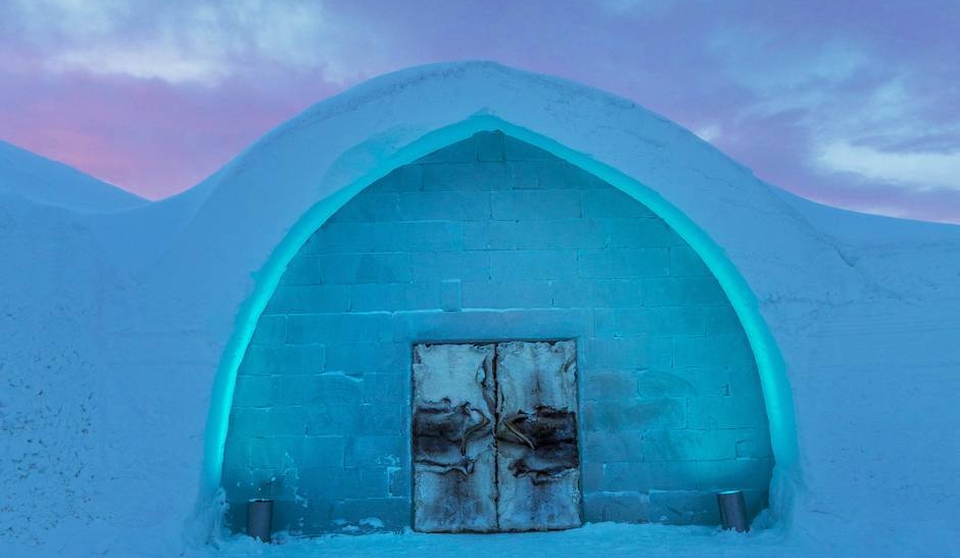 IceHotel in Sweden is renowned icy-Nordic destination on earth, which is redesigned every year with nearly 5,000 tons of ice from the nearby River Torne. Likewise, this time the world’s coolest hotel will open its frozen doors in December until April, at which point it begins to melt away.

The 26th version of IceHotel 2016 is all set to open on December 11, 2015 with a whole new concept and redesigned guest rooms and common rooms for visitors. This year suites will be adorned in 19 different themes, which will be handcrafted by skilled artists from different parts of the world.

Team of the hotel asked people from all across the globe to submit their ideas for redesigning this incredible icy hotel. Nearly 130 submissions were selected and out of these the designers chose best 19 ideas as themes for different luxury suites of the IceHotel.

All designs of the suites are not revealed yet, but few room designs will include a life-size elephant in one room. The elephant is hand-carved out of ice by Scandinavian sculptor AnnaSofia Maag to give rarely wild look to the interior. Moreover, a Russian imperial-inspired theater set and the 1970s-themed ‘Love Capsule’ will be created for romantic couples to cling to each other beneath reindeer skins. Besides all these ideas, there are many more themes yet to be revealed and will surely make 26th anniversary of IceHotel even more special.

If you’re not aware how guests manage to survive in sub-zero temperature of the hotel, then let us tell you that thick capes, sleeping bags over furry beds are provided by the hotel staff for a cozy stay. The hotel also has warm rooms and chalets for guests unwilling to subject themselves to a night on ice. But as a precautionary note- you must come well prepared with thick woolen clothes to stay comfortable and warm in minus degrees temperature.

As of now, you may check out the images given below to have some idea what IceHotel 2016 will look like.