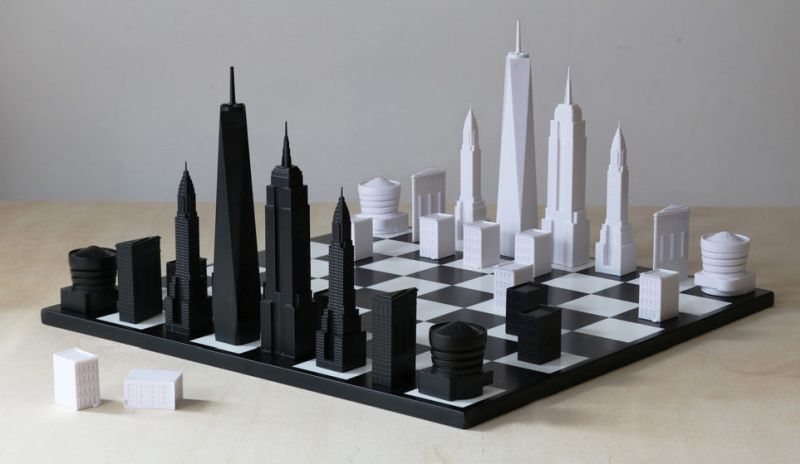 Chess is like life, you have to make all the right moves to stay ahead of the game. Probably that’s why chess is the most popular strategy game ever invented. Right from the time of its inception till date, the gameplay hasn’t changed much, but the ways in which you can change the interface of play has had countless remakes. The Skyline Chess is yet another one of them.

The idea is to take iconic architecture from around the world and turn it into chess pieces on the board. That’s what Skyline Chess, a UK-based start-up has done, creating chess set of famous cities. To get going for now, they have initiated a Kickstarter campaign, pitching Skyline Chess – New York City Edition. As the name suggests, the chess set has pieces in the shape of iconic architecture from New York City.

Before this, the London-based architects Chris and Ian created the chess set inspired from their hometown. And it all was done over a cup of coffee when they both wondered how they could replace the classic pieces of chess with their favorite buildings.

This time around, they have chosen New York’s skyline as their inspiration for chess pieces, picking the most iconic architecture to represent the chess pieces. The King is represented by One World Trade Tower, Queen by the
Empire State Building, Bishop by the Chrysler Building, Rook by Guggenheim Museum and Pawn by Brownstone House. Skyline Chess – New York City Edition is up on Kickstarter, and with almost a month still left to go, it looks good to get into the production lines.