IKEA is Recycling Jeans to Make Covers for its KLIPPAN Sofa 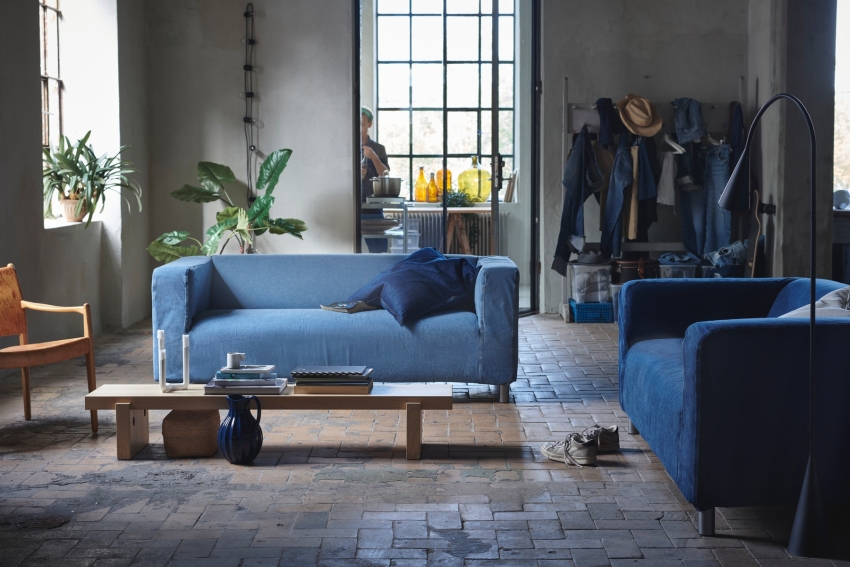 Swedish Furniture company IKEA is always looking for innovative ideas to reduce waste. This time, the furniture giant has given its popular KLIPPAN sofa a new look by introducing covers made up of recycled denim jeans.

For this, IKEA has collaborated with MUD Jeans a Dutch Denim company. MUD Jeans is known for recycling its own jeans into new pair of jeans. Both these companies believe that products and materials can last much longer. IKEA had launched the KLIPPAN sofa back in the 1980s which remains popular to date.

As per IKEA’s press release, about 500 million pairs of jeans are sold throughout Europe in a year. Each European owns seven pairs of jeans on average, out of which two of them are never worn by them. Most of these used jeans are either incinerated or dumped in landfills.

IKEA has found a way to give these used jeans a new life by giving them the shape of sofa covers. The company has used 40-percent post-consumer recycled denim in this new KLIPPAN sofa. This is equitant to at least two pairs of jeans.

To make the fabric strong, jeans are first shredded and then mixed with virgin cotton. Each of these covers will help in saving at least 27,000 liters and in reducing carbon by 67-percent as compared to the industrial standard denim method.

These limited edition sofa covers will only be available in nine European countries. They will be sold in the markets of the United Kingdom, France, Italy, Netherlands, Austria, Belgium, Ireland, Germany, and Switzerland.

IKEA considers transforming old jeans into sofa covers as a step to move toward its goal of using only recyclable and reusable materials by 2030. It will soon be launching more products made by post-consumer recycled denim. These products are currently in the developmental stage.

Navneet Rathore
Related Posts
Sitjoy Smartsofa With 16 Different Features is the Ultimate Recliner for a Couch Potato
By Atish SharmaJanuary 27, 2023
Rustic Design Style Guide: Taking You Back to Your Roots
By Priya ChauhanJanuary 20, 2023
U-Scan Sits Inside a Toilet Bowl to Monitor Diabetes and Reproductive Health
By Atish SharmaJanuary 5, 2023
Nanoleaf 4D Lighting Kit Changes Color in Sync With What’s Playing on TV
By Monika ThakurJanuary 5, 2023
Leave A Reply Cancel Reply