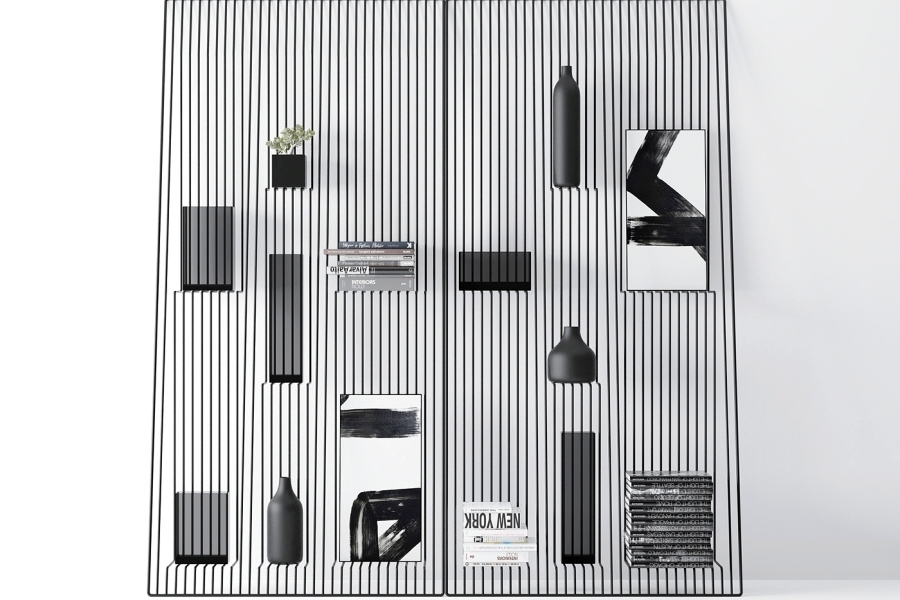 Ukrainian designer Dmitry Kozinenko has created the illusory Field shelf that plays with the perception of one’s mind. It is a metallic shelving unit that whimsically makes objects appear to be floating in mid-air. So, can you see the floating objects or not?

Design of this particular shelving unit makes use of negative space with the metal framework to create a visual illusion. When viewed from the front, the vertical rods appear straight. But on viewing from the side, you see all of the ledges.

This minimalist shelf can be mounted on any wall to hold different objects. Thus, making it both a practical unit and a decorative element in any contemporary living room. Due to its sleek layout and transparency, it can easily blend into any available space.

Field shelf showcases “less is more,” and there is no need for unnecessarily huge materials when minimal objects can solve the purpose.

It also teaches the onlookers that visual perception exists with a dissent between physical and psychical reality. 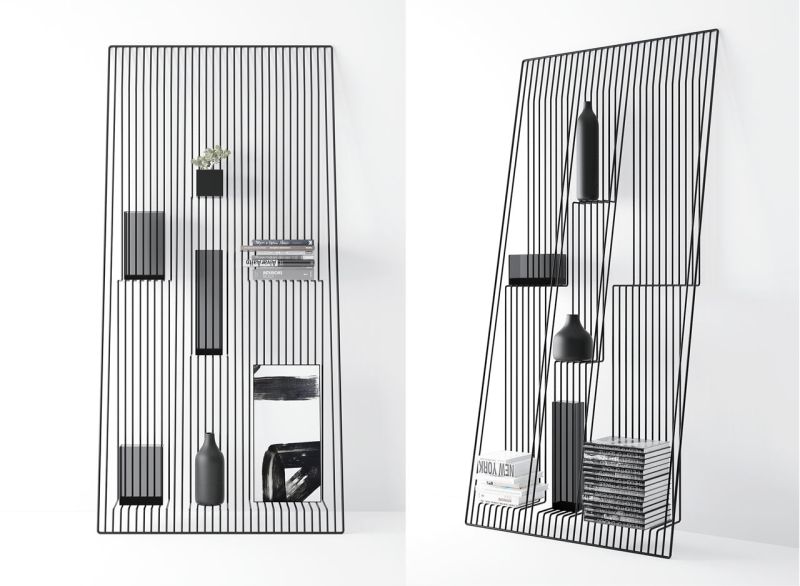 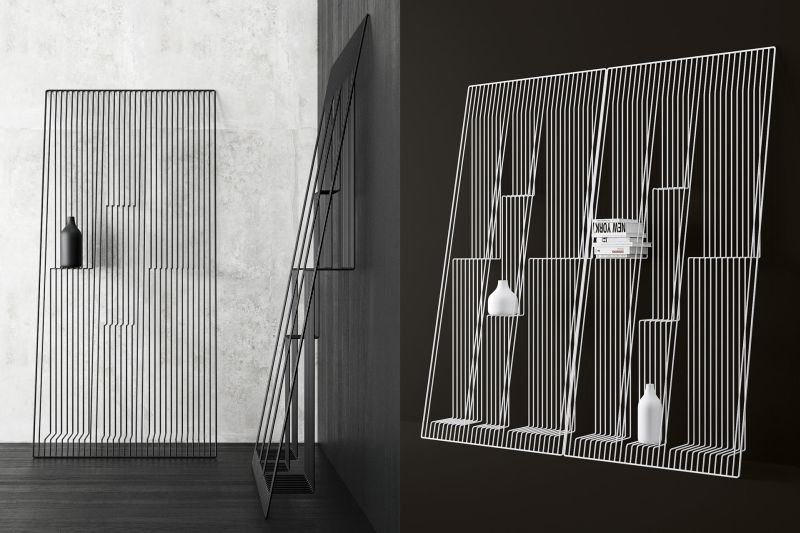 Makes use of negative spaces to create such playful illusion 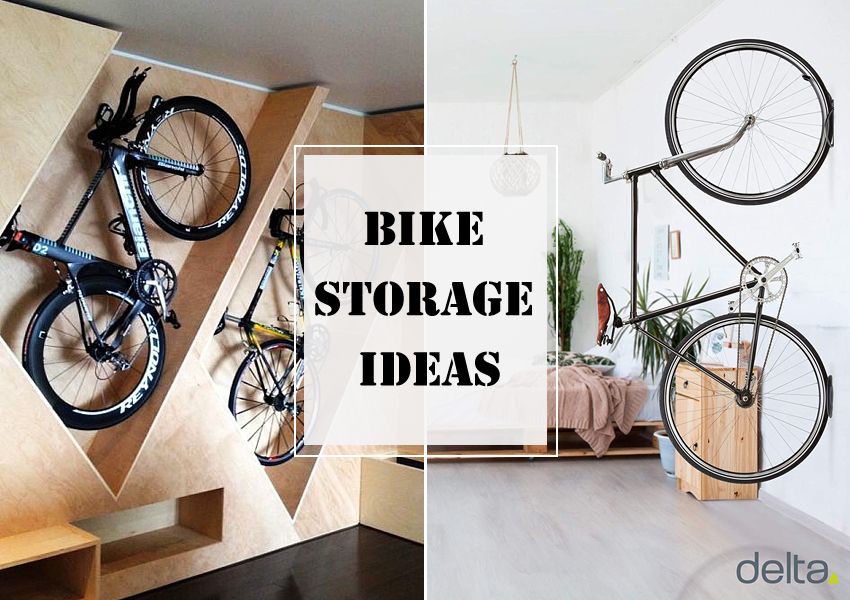