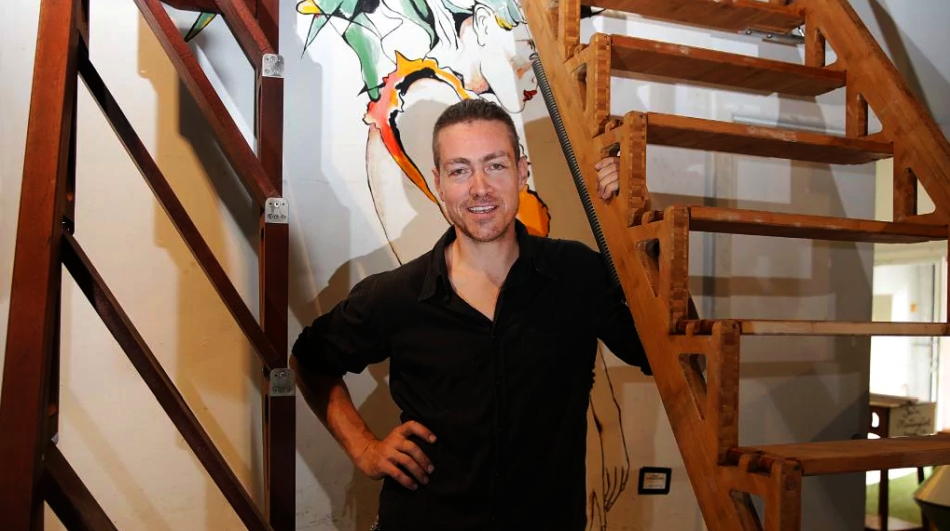 Fueled by the will to create the best living environment in the least possible space, industrial designer Zev Bianchi of Bcompact design studio has come up with some of the most sought after solutions for small space living. In particular, the Hybrid Stairs design which saves big-time on corridor space. Zev has an eye for detail when it comes to designing sustainable furniture and accessories for modern homes.

We got an opportunity to get in touch with Zev and he was generous enough to give inquisitive answers to our queries. Read on to learn more about Zev Bianchi, his inspiration and designs.

Homecrux: How did Bcompact come into existence?

Zev Bianchi: Bcompact Design officially came into existence with the name and premise in 2010 but the actual concept and ethic that formed this started whilst live in Manhattan back in the mid-nineties, where I was living and working at the time. I had a very typically small Manhattan apartment in the east village and it was here that I really started to explore the ideas of compact, space-saving living.

In such a small 25 sq meter space, I needed to create solutions with my furniture and fixtures that would allow me to live like I was in a much large dwelling. Obvious stuff like couches converting to beds and mezzanine beds but other things like closets that could be used as small office space for your desk and computer. Things attached to the walls above average shoulder heights so the walking area would not be impeded.

Whilst working for a new fashion show production company, I was tasked with the job of creating all the new office furniture and storage space which, with very little experience in the area, turned out really well and was super functional and cost-effective for the time.

These endeavors were noticed by others that visited the space and soon I was being asked to help others with their living spaces and solving their storage and functionality needs.

After a couple of years of doing this kind of work on the side, an architect friend of mine suggested that I study industrial design, so I enrolled at Parsons School of design and proceeded with a few short courses and eventually ended up doing a degree in furniture design and design history.

This, I believe was really where my passion for creating objects and functional pieces truly began back in the mid to late nineties in Manhattan.

Homecrux: How has the Degree in Furniture Design History and time spent at Sydney Design Institute helped?

Zev Bianchi: The study at Parsons really helped to open my eyes to other designers and things that could be imagined and accomplished but the Sydney design institute really changed my life still to this day! It was there that we really started to work with computers and 3D software. Initially, Rhino 3D which was great but limited and then shortly after, we moved into SolidWorks which was the real game changer! Becoming fluent in this program changed the way I was able to design and create.

No longer did I have to spend copious amounts of time and money in the workshop prototyping things over and over again till you got them right. With SolidWorks you could do all the trial and error in virtual reality and fine-tune everything down to the last millimeter, ready then to take into the workshop for a perfect build or better yet send directly to CNC machining, completely removing the possibility of human error in manufacturing! But not only this, but it also leads you into euphoric states of the creative process, developing ideas far beyond what you originally thought possible!

Homecrux: Your take on downsizing in modern times?

Zev Bianchi: Downsizing, or creating extreme living efficiency in your space is an inevitable part of all of our futures. The world is getting smaller every day, purely by the fact that the human population is increasing at an exponential rate. And without the extremely undesirable events of our history like world wars or cataclysmic outcomes of natural disasters that have previously culled the human populous.

Space is becoming increasingly rare and valuable. The only option for people today to remain within their living capabilities is to downsize or become much more efficient in their living situations. Thus compact living and sustainable designs are of a high sort after demand and necessity.

Homecrux: What’s your first approach when you receive a brief on a space-saving project?

Zev Bianchi: As with most of my designs, ideas are born out of necessity or identifying a need or problem that we face in our daily lives. Taking one person’s challenge and even their current solution and developing it beyond what was once thought possible. Finding new ways to achieve a positive outcome.

For example, the creation of our Hybrid stairs and ladder products came about in just this way. While living in a small 2 story apartment space with a very small back courtyard and a terrace above and no connection between the two from the outside. The initial idea from the owner was to add a concrete stairway down into the courtyard, which in hindsight would have taken up a large percentage of the downstairs area, rendering it virtually useless in size.

I immediately began to explore new ways of accomplishing this connection without the impact of the other solutions. Soon after the process started, I came up with a sideways folding mechanism incorporated into a Hybrid version of a ladder and stair combo. This creative solution was exactly how the Bcompact Hybrid ladders and stairs were born.

Homecrux: How do you strike the balance between functionality, space-saving, and the requirements of your prospect client?

Zev Bianchi: My experience to date since starting up our own design company has not really lead me to do a lot of interior fit-outs. My energy has predominantly been focused toward fixtures and products that people could currently and simply incorporate into their current situations.

I have got many ideas floating around in my head that I would like to develop in the future as an all-encompassing living solution but until the time and opportunities present themselves more abundantly, we are focusing mostly on the products that need development and worldwide production to satisfy the current needs of our clients.

Homecrux: The idea of Hybrid stairs is ingenious. Please shed some light on its folding mechanism.

Zev Bianchi: As I mentioned previously, the concept and eventual designs were born of necessity. The thought processes involved looking at the ideas or solutions of others and developing them beyond what was previously thought possible. The Hybrid stairs were just that, taking a ladder and a stair, combining them and then seeing what else could be done to make them more functional and solve the issues faced. A simple problem-solving technique that has served me well in so many of the designs I have previously made and still have in the concept level of my mind.

Homecrux: What’s the average time taken to complete a project?

Zev Bianchi: An average time it a very difficult question to answer without knowing what the project is and how many facets it has? I really don’t think there is anyone answer but I lie to think that once I have a task laid out in front of me, barring any mental blocks that do often arise.

The challenge and fun do take place in this stage to see what ideas come for the creative thought process. One of my main break though times in my designing is in that moment right before sleep, while I’m in a deep thought process of an idea. Quite often the ideas keep flowing into another state that brings forth solutions that somehow my conscious state was not letting in. A strange but interesting way of designing.

Homecrux: Any plans to collaborate with other designers/design houses to promote downsizing?

Zev Bianchi: Many opportunities have arisen during a brief but massive sudden appearance onto the worldwide design scene and unfortunately not a lot of them can be played upon due to the fact time is so scarce when there is so much to do each and every day. But occasionally someone will reach out that you get a great feeling from and the prospects are just too tempting not to make the time for.

For example, one such recent inquiry has opened up, that will only really involve our time to complete and should be a way to bring to a larger audience the other designs and ethos we hold dear. Encapsulating all these things in a promotional event that could elevate everyone involved. Whilst also allowing for new and old concepts to be explored and developed into real life things.

Homecrux: A word on your upcoming project(s)

Zev Bianchi: We are just starting to develop some ideas to enhance the awareness of sustainable design and compact living in a kind of ground up, designed pop event hopefully in the place where it all started, Manhattan. It is a work in progress at its earliest stages but could be something that really hits home our ideas and designs for a better future for us all and generations to come.

Homecrux: One design that defines Bcompact in true sense?

Zev Bianchi: As much as I love the Hybrid products, I really see myself getting back into more new concepts and developing some of the old ones into full-fledged products. The Aviator chair I think encompasses so many of the things that we as an ethical design practice hold dear. It is a simple, yet beautiful and practical chair that houses all the things I would like to see Bcompact doing in the future. The materials, function, and efficiency all packed into one desirable item that everyone I have encountered would love to own and include in their treasured belongings and home.

Homecrux: Your suggestions to people who want to downsize?

Zev Bianchi: There is so much to be gained from fine-tuning your lifestyle. Not only monetary savings but time and effort to do the things you need to as well as achieve more for what you love. Very much gone is the saying “Bigger is better”, we do not need to keep expanding, spending the effort and money to try and take what is so readily becoming very much unattainable to the majority of us.

Expanding families doesn’t need to mean that you have to move from the place you love or that is close and convenient to where your life and work takes place. Designing your space and how you live is generally a much more affordable and simple solution to the way the world is growing around us.

Homecrux: When you’re not engrossed with your designs, what’s your favorite pass time?

Zev Bianchi: I grew up in a motor garage belonging to my father and my first real passion was fixing and working on cars and I even trained as a mechanic in my earlier years. Whenever I have free time(something I have not had in a while now) I love to work on my cars and even create new variants and restorations.

I also have a soft spot for electric vehicles, being heavily involved with RC cars in my youth and have designs for creating new, retro electric vehicles and bikes for myself but who knows perhaps as a new page in my designing portfolio and future business!

That was an interesting interaction with Zev and we wish him luck for all his future endeavors. In the meanwhile have a look at some of his most popular designs in the images below. 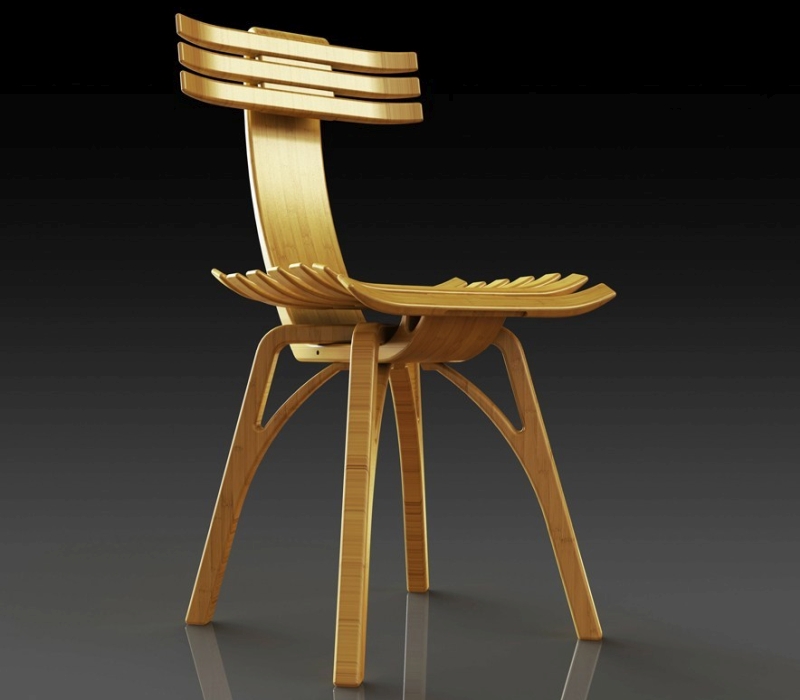 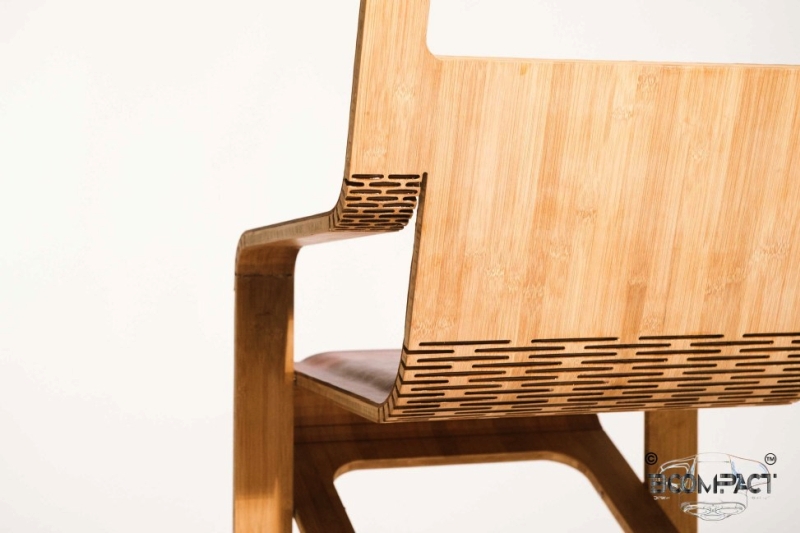 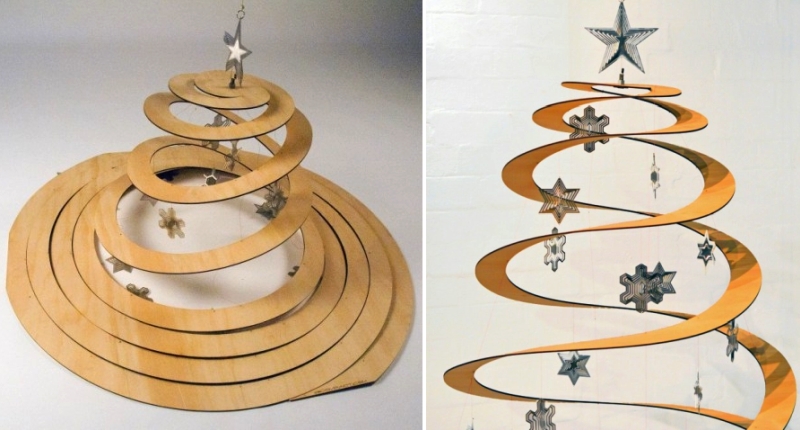 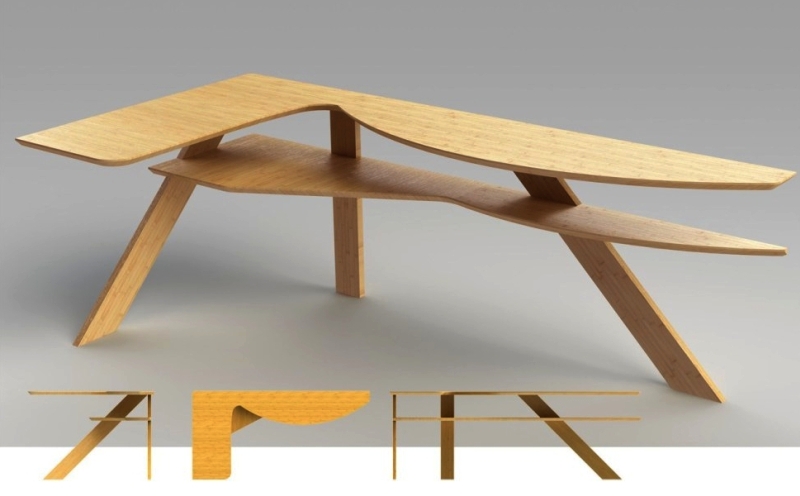 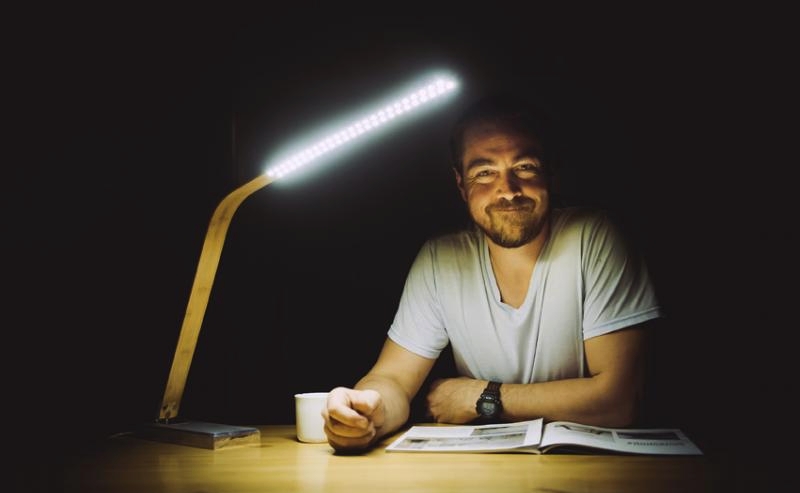