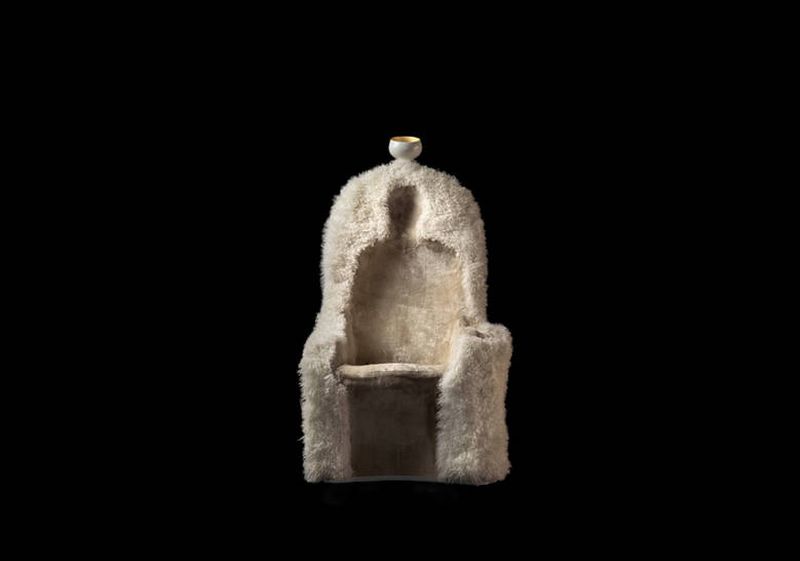 It all started with surreal painting of Salvador Dali named ‘Femme à la tête rose’ in 1935.  The first unique design Leda chair and table featured in the painting were sculpted by Joaquim Camps under designer firm BD Barcelona Design. In its continuation BD recently launched ‘Invisible Personage’ armchair taken from the painting ‘Singularities’ by Dali. This armchair design mimics its surroundings with a feel of an invisible character sitting on it.

The design came to life after a team of designers led by Oscar Tusquets, co-founder of Gala-Salvador Dalí Foundation thoroughly examined the master painting and approved it. This time they chose invisible characters sitting on furniture painted in Dali’s artwork.

Finally the armchair was designed with dimensions 80 x 90 x 92 cm. There was a need of long fur to depict invisible character, so its outer structure is made of real sheepskin. The area covered by Invisible Character is designed with less fur than other parts of the armchair.

On upper portion of the ‘Invisible Personage’ armchair a polyamide gloss lacquered lamp is incorporated.  The lamp has its exterior in pearl and interiors in golden color. Rechargeable LED light source with capacity of 100 hours is included to lighten it up. To maintain design’s complexity and rareness, BD Barcelona Design launched its 20 copies as a limited edition.